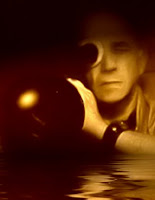 In the middle of Sans Soleil, Chris Marker’s 1983 film-essay gathering ‘things that quicken the heart’ from ‘two extreme poles of survival’ (Japan and Guinea Bissau in Africa), there occurs one of the most horrifying and enduring moments of lastness I’ve ever seen. At first we watch Japanese children participating in an annual ceremony to commemorate the death of animals at Tokyo Zoo. The narrator interprets their staring curiosity as an attempt to peer across the partition separating life and death. What they ‘see’ by virtue of a sudden edit is, magically, a giraffe galloping through the African savannah (or rather we might say, after Bataille, that the gallop is giraffing – it is so distinct an action). Soon it becomes clear that the creature is startled, afraid; it is being pursued by hunters. A shot rings out and it is wounded, it slows to a halt. A second bullet pierces its neck and ribbons of crimson blood spurt from both sides in pulsing waves. The giraffe staggers, teeters forward, then lurches backward a few steps before its long legs buckle and it falls heavily to the ground fatally wounded. We see its death throes, its face, its eyes, before a white hunter with a rifle steps into the frame and delivers one final point-blank gunshot to its head. A grey mist of vaporised skull and tissue mushrooms from the back of its head, and it lies still. Later the vultures arrive and feast on its eyes … This is a context devoid of ritual remembering, the narrator tells us, in which ‘death is not a partition to cross through, but a road to follow’.

In addition to the elegance and vulnerability of the giraffe, in addition to the grotesque violence of its annihilation by trophy hunters, somehow my shock at these images is further amplified by the rhythms of its running and dying, and the collapsing architecture of its fall from on high. The callous brutality of its final moments of life are traced in space and time; it moves so fast and yet it seems to last an eternity. My eyes are both witnesses to the obscenity of this ‘frenzy of the visible’ and temporarily blinded by it. Although part of me wishes to consign its memory to oblivion somehow, it ghosts me - and I still see the giraffe’s running and its dying, its flying and falling, for they have become part of my image-memory.

Earlier on in the film, the narrator had suggested that: ‘memory is not the opposite of forgetting, but its lining’. 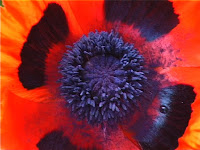 (Extract from 'how do you say goodbye? last songs': an invited presentation given at the symposium 'Goat Island: Lastness, raiding the archive, and pedagogical practices in performance', Nuffield Theatre, Lancaster University, 2008:
© David Williams)
Posted by david williams at 16:09