strive to be (no one is innoce) 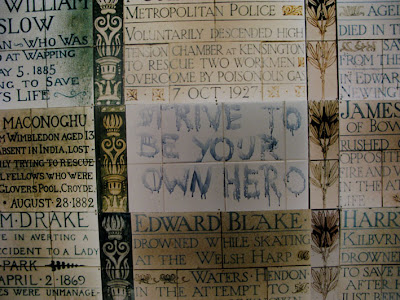 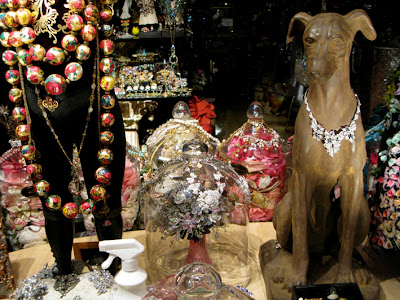 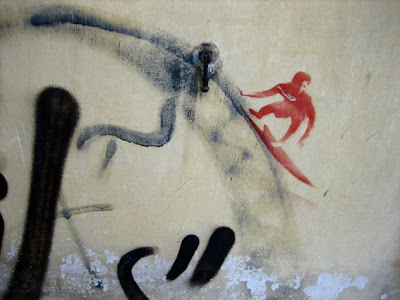 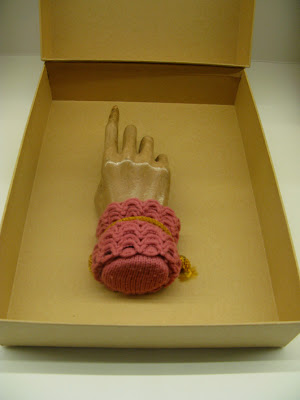 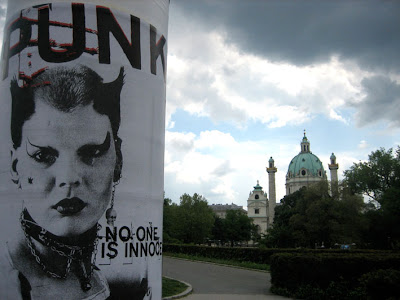 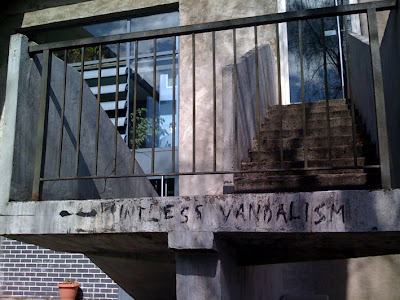 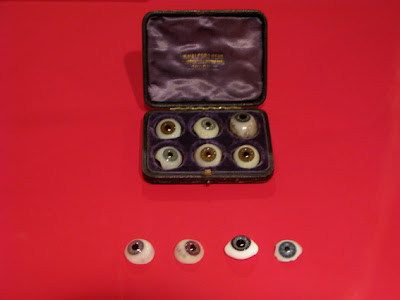 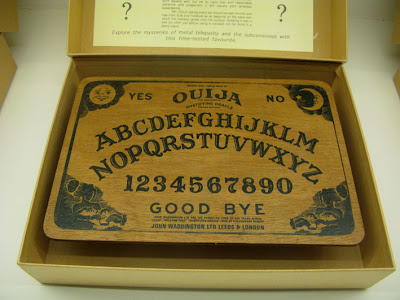 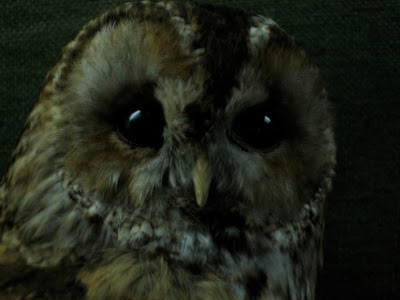 Posted by david williams at 12:15 No comments: 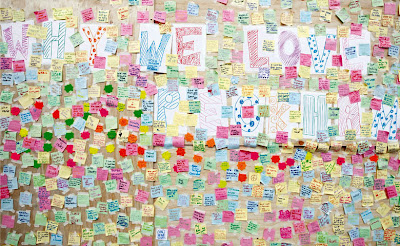 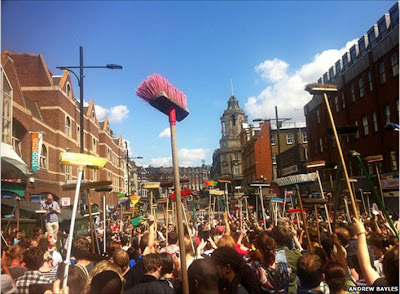 Top: Message board - David Levene's image of post-it notes on a boarded-up Poundland in Peckham, damaged in rioting: one of many such impromptu message boards on hoardings around London

Below: Broom army - Andrew Bayles' viral iPhone photograph of the armed mob assembled to clear up the streets in Clapham: a kind of beneficent Home Guard community spirit mobilised to reinstate orderly shopping

As the English judicial system moves into disproportionately punitive mode (6 months for nicking a bottle of water etc.), here are some links with perspectives on community and violence that seem well worth pondering right now: a YouTube interview with a guy on the street in Hackney; Russell Brand and Shiv Malik in the Guardian; a poem for Tariq Jahan by Carol Ann Duffy; Kenan Malik's 'Five quick points about the riots;' Nina Power on some of the broader contexts for social unrest; Owen Hatherley on the punitive eviction of rioters' families from their homes; Chris Goode's compassionate, thoughtful 'Language teaching' from August 9th on his extraordinary blog; and Charlie Brooker's corrosive satire on bringing back capital punishment.

For me, the most extraordinary propositions, provocations and invitations about how to meet endemic violence without producing further violence (or simply pasting some one-eyed cartoon morality on to people's actions and demonising them) come in a recently released documentary film The Interrupters, directed by Steve James with Alex Kotlowitz. It's about a project called CeaseFire set up in the south side of Chicago to 'interrupt' spiraling gang-related and other violence. And in truth it's one of the most remarkable films I've ever seen, with some genuinely astonishing people of great wisdom, compassion and clarity of perception. They include the epidemiologist Gary Slutkin, who set up CeaseFire, and the four 'interrupters' we follow in the film - Ameena Matthews, Cobe Williams, Tio Hardiman and Eddie Bocanegra - all four of whom were formerly involved in street crime or gang violence, and all of whom are just extraordinary.

Please try to see it. It is brilliant and timely, and shines a rather different light on a lot of the odious moral 'blame & shame' bullshit hovering in British politics, the media and elsewhere right now, and on the possibility of change. It offers an anti-toxin full of real intelligence, heart and humanity. A wake-up call.

Here's a trailer for the film. Here's a clip of Ameena Matthews speaking on the street at a prayer vigil. And here's Andrew Anthony's fine piece from the Guardian last week.

P.S. As a crunchy addendum to the British riot-related material above, here's a link to Slavoj Zizek's account of the riots as an expression of 'revolt without revolution', of his sense of broader political contexts, and of the inadequacy of both conservative and liberal responses: 'Shoplifters of the World Unite' in the London Review of Books, 19 August.

Posted by david williams at 16:17 No comments:

Last night I went to see Terence Malick's extraordinarily ambitious film The Tree of Life, an epic and exquisitely composed meditation on metaphysics, meaning, family and childhood, time, memory, love, loss, change, creation, connectivity, belief, grace, the cycles and phenomena of nature, the miraculous in the everyday (amongst other things).

In one of the deeply troubling scenes in which Brad Pitt's tyrannical father instils fear at the family dinner table, demanding a silence that is a violent silencing for his wife and children, a man in the front row of the cinema leaped to his feet to confront a woman who had been rustling a paper bag three rows back. It had been going on for a while, and it was a bit irritating and distracting. He had clearly reached a breaking point.

He marched round to her, stood directly in front of her, and said, quite loudly and aggressively, with much finger waving: 'Could you stop that now. I have had enough. I didn't come here to listen to you scrunching your bag, I came here to watch this film ... So stop ... If you do it again, you're out'. Silence as he returned to his seat. After a moment the woman, noticeably upset, turned to her friend or son, whispered something, and scurried up the aisle. A few minutes later she returned and they both left discreetly.

Without a whiff of self-consciousness or irony, this man had re-staged something of the explicit violence from the fiction onscreen. And somehow in our silence we were all complicit in his repressive aggression. Of course he had a right to ask her to be quieter; but was that the way to do it? Was there not another way in which the barely sublimated violence of threat would avoid being racheted up, but instead would be defused or transformed?

When the lights came up at the end of the film, the finger-wagger's face was still red with anger.

Meanwhile, elsewhere in London, riots and looting and fire. Sirens and police helicopters. Further afield, a young English guy has polar bear teeth removed from his skull. And a British soldier in Afghanistan is reported to have kept trophy fingers from the Taliban ...

I remembered an incident on a London bus a couple of years ago. Two kids in school uniform boarded a crowded bus - not enough seats, so one of them sat in the luggage area near the front of the bus, her legs swinging, humming along to her iPod. At the next stop the driver turned to her and told her she couldn't sit there, it wasn't allowed. She ignored him, and comically hummed a bit louder. He shouted, 'You can't sit there. Get off please. You'll have to stand'. No response. The driver insisted, telling her he wasn't going to continue unless she moved. She said, 'Oh just drive the bus will you, or dyou want me to do it'. 'Just get down! It's not allowed!'

Then a sudden explosion, a massive gear change that shifted everything. Her friend, who'd been watching this impasse develop, rushed along the aisle from his seat near the back, and started punching the perspex screen protecting the driver, shouting and trying to smash his way in. The driver flinched and reared away from the perspex, his back pressed against the door. A stationary bus full of frightened people staring at their hands and out the window. Hoping the perspex would hold, wishing it would all stop. The girl went to the front to stop her friend, pulled him away, calmed him down, sent him back to his seat; then she went back to sit in the luggage rack.

A woman in her 60s, at the front right next to the girl, suddenly stood up and very quietly, very lightly, said, 'Hey why don't you have my seat. Please. It's fine. You sit here'. The girl, wide-eyed at this response, said no I can't do that, thanks but I can't take your seat, you're ... Then the woman with a smile: 'No, it's fine, really, really, please sit here, I'll stand. Go on. I'd just like to go home'. She then hugged the girl, held her warmly for a few disarming moments, and then they exchanged smiles and places. The girl now puzzled, calmer, seated. The pressure of the situation released and dispersed.

The bus started up and we were off again.

The woman took up the position the girl had been in, holding the railing by the luggage rack - then after a few moments dropping her bum into it for a moment, swinging her legs, softly laughing at the logic of taking up this same position when there are no seats and your body wants to sit down. A brilliant, funny, human moment of recognition. Then she stood up again, and the journey continued. The same, but different, more awake.

For Peter Bradshaw's 5-star review of Malick's The Tree of Life in the Guardian, see here.

For Jason Solomon's review in the Observer, with a trailer for the film, see here.

For Anthony Lane's review in the New Yorker, see here

wood (for the trees)

Am just beginning work with the designer Kevin Mount on a new book, about Lone Twin's Boat Project, and immersing myself in wood as a material - in Chinese culture, conceived as the 'fifth element' - and related readings, all of them unfamiliar and wholly fascinating. Colin Tudge's The Secret Life of Trees, Roger Deakin's Wildwood: a journey through trees, George Nakashima's The Soul of a Tree, Harvey Green's Wood: Craft, Culture, History, R. Bruce Hoadley's Understanding Wood, and, for a wider discussion about the histories and tacit knowledges of the craft of making something well, Richard Sennett's extraordinary book The Craftsman.

Working my way through the catalogue of the 1,200 odd donations of wood made to the Boat Project, I've assembled an initial listing of the kinds of wood that will be present in this exquisitely crafted floating archive of objects and stories: