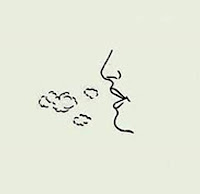 I enjoyed your little film, Dad. Thought you were great! It's hilarious.

Fine bit of eye acting on your part, it's brilliant.

I thought you stole the show!

Most of me is on the cutting room floor, as they say. He was here for hours.

It's a nice film, really well made.

Yes, you can tell. We both really liked it ... I'm in a couple of performances in coming weeks, weirdly. First one's on the main stage at the Barbican next weekend. Quite daunting.

It's a Pina Bausch performance.

Pina Bausch. You know, you sent me a cutting once saying, 'This is the sort of thing you'd like'. German choreographer, one of my favorite artists ever, really. She died a couple of years ago.

Thought so. I'll look her up. Do you have to dance?

Not really. The dancers dance, and do all sorts of things; they're astonishing. I'm in a kind of chorus of men, twenty of us. Extras, really. An odd mixed bunch. We do bits and pieces. I get my shirt off and iron it. I crawl. I polish my shoes ...

Yes, I love that bit. It's very immersive.

It's a huge event, Dad. There's forty something people in it. It's part of a cycle of ten performances, all made by the Bausch company in different cities around the world. Santiago, Rome, Japan, India, Palermo - this one was first made in Lost Angeles, it's sort of a response to California. She was my favorite choreographer, beautiful. It's extraordinary to see them at work. They're super nice.

It's part of the programme of cultural events for the Olympics.

Ah, the Cultural Olympiad. What do they call this kind of thing - is it dance theatre?

Yes, exactly. I guess Pina Bausch was the core figure in dance theatre in Europe. 'Tanz theater'. It's a fantastic thing to do, I'm really excited. Just have to make sure I don't collide with some long-limbed dancer in full flight. Or fall off the front of the stage.

No, you don't want to do that.

There's a dangerous drop at the front lip. And it's quite dark. It would make for a spectacular one-off performance, a dive into the lap of someone in the front row.

What do you mean, you crawl? Is there a story?

Not a story as such, it's a sequence of images really. Some of it's like Surrealist painting, maybe. The crawling happens in front of these giant sequoia trees, there's a kind of forest onstage. All of us crawl - the people in the chorus, most of the Bausch dancers, in suits or frocks - very slowly through the space, with our heads down, while three or so of the dancers dance. There's music. It's like a dream image ...

Oh. Do you have to rehearse?

And do you get paid?

Yes, I do, it's a proper performance. They're really well known, she's probably one of the most famous choreographers of the past 30 years or so. All sorts of people will be in the audience, she has serious fans: Alan Rickman, Wim Wenders ...

I don't do much, probably 15 to 20 minutes out of three hours - it's a bit blink and you'll miss it too - but I'm really chuffed to be involved.

And then I'm supposed to be in another performance over the summer, at the Tate. It's a piece made by a young guy called Tino Sehgal.

Tina Seagull. Never heard of her.

You know the big entrance hall, the giant space on the way in to Tate Modern?

Yes, I've been there.

Well they've had a series of large scale commissions over the years for that space. Called the Unilever Commissions. You know, that guy who created the weather system, with a giant sun and clouds ...

Anyway, it's part of that series. Tino Sehgal has the commission to make something that runs throughout the summer. Starts in July. Three months.

And what do you have to do?

Well I'm not exactly sure as yet. I'll found out more next week, there's some meetings, I'll let you know. But he's a conceptual artist. He doesn't make things, objects; he makes events, encounters. He calls them 'constructed situations'. A while ago he took all of the art objects out of the Guggenheim in New York, and people walked up the spiral slope, one by one, led by a child, then someone slightly older, and so on all the way to someone really quite old at the top - the conversations there were about progress.

For the piece at the Tate there's a big group of us, and I think we meet people who come in to the gallery and talk with them. It's structured at some level, but inevitably different depending on who you actually meet and how they engage, what they do.

So you talk to people.

Well, I'll let you know more about it once I know a bit more. There are themes, topics, but a lot of it's improvised.

What do they call that kind of thing?

Mmm, I guess it's performance. Or probably conceptual art.

He studied dance when he was younger, and something of that remains. But it's not really dance.

Oh. Do you crawl? (chortle)

You'll have to be careful who you engage in conversation, you don't want to get involved with a psychopath.

What? How many psychopaths have you ever met in the Tate?

Oh, just trying to bring a bit of levity to the conversation.

And I don't always understand the words you use. Your words mean different things. I have to use a dictionary.

You'll need to be careful who you talk to.

Have you not understood this conversation?

Yes yes, this sort of thing is fine.

Yes, but I have to analyse your writing.

And do you get paid?

Posted by david williams at 16:50 No comments: