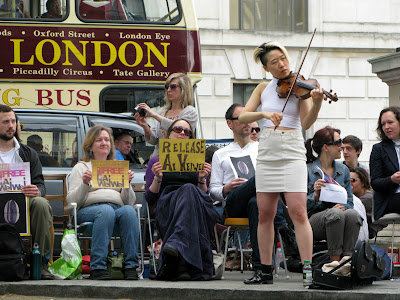 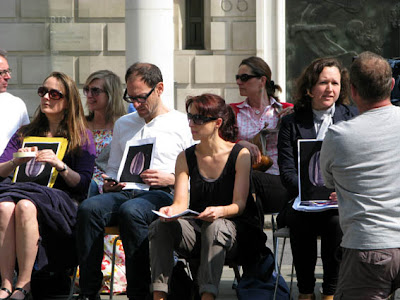 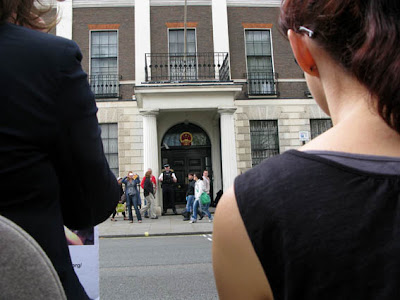 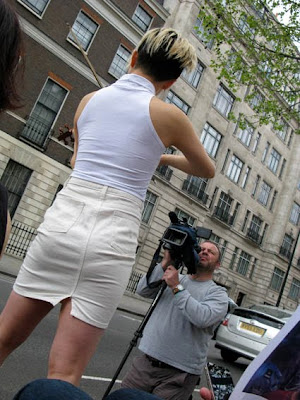 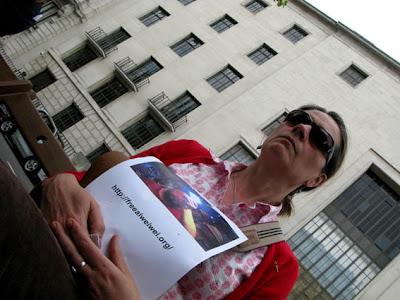 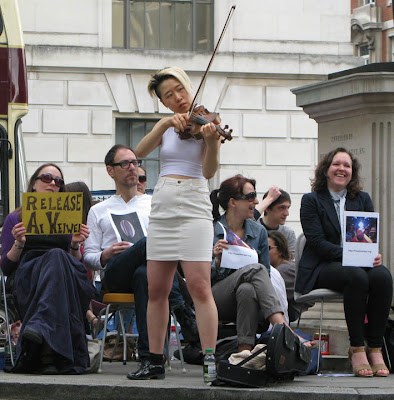 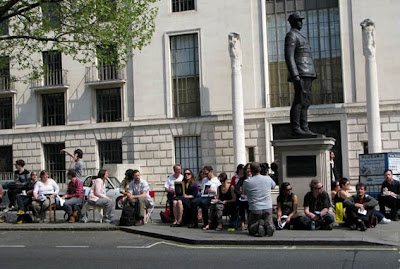 On the way across London to watch a football game, we joined a small silent demonstration outside the Chinese Embassy in Great Portland Street - a protest in response to the detention of celebrated Chinese artist Ai Weiwei and a group of his collaborators (Wen Tao, Hu Mingfen, Liu Zhenggang, and Zhang Jingsong). Ai Weiwei was stopped at an airport in Beijing on his way to Hong Kong on 3 April, and has been held incommunicado ever since. As yet his family has received no formal notice of his detention. Meanwhile, State-sanctioned newspapers in China have published claims that Ai has 'confessed' to bigamy, tax evasion, plagiarism and the distribution of pornography. In truth, it seems evident that he is being detained because of his high-profile political activism, and as a warning against dissent in China.

Sunday's bring-a-chair protest, staged internationally as a homage to Ai's 2007 Documenta installation 1001 Chairs, was triggered on Facebook and Twitter to occur outside Chinese embassies worldwide. In London the embassy itself looks wholly unprepossessing, its facade somewhat worse for wear: dingy lace curtains, a plastic water bottle on a 2nd-storey window ledge - apparently no one 'at home'. A solitary policeman outside the front door, wishing he was elsewhere. Small TV crews from Channel 4 and Al-Jazeera. Someone passed some sunflower seeds around. After about half an hour, a young Chinese musician rocked up with her violin and patent-leather shoes, and proceeded to play defiant, high-speed Bach to the building and to passers-by.

For the Guardian's account of protests worldwide, see here

For the Independent's description of the use of social media to organise this protest, see here

For a recent Time Out interview with Ai Weiwei, see here

For other images of this weekend's protests internationally, including Junyi Chew's in London, see here

The images below are of a Chinese protester on Ai Weiwei's Sunflower Seeds installation in the Turbine Hall at Tate Modern, London; and of Sunday's protest in Hong Kong. 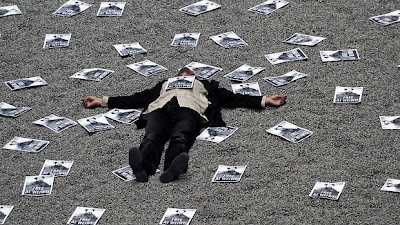 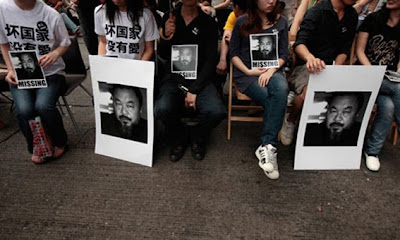 Posted by david williams at 22:29 No comments: 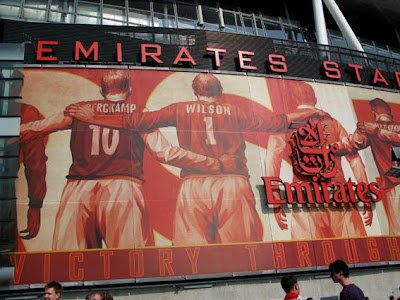 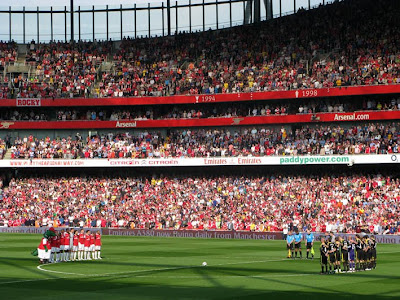 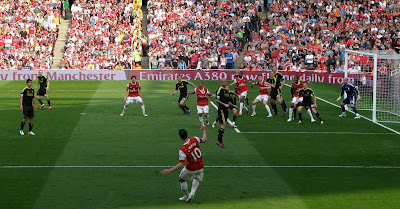 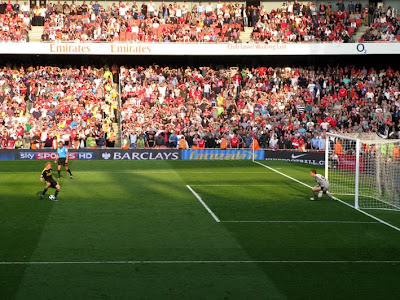 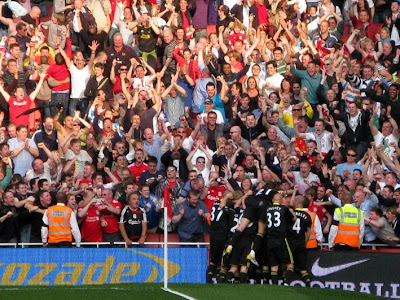 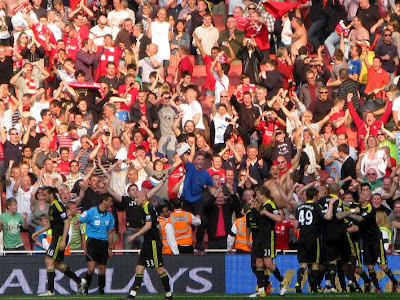 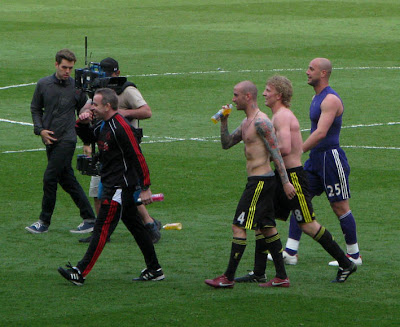 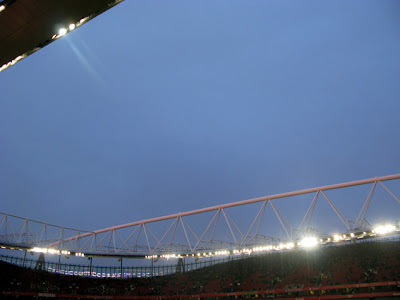 Images from Arsenal v Liverpool, The Emirates, London - Sunday 17 April 2011. From the top: outside the ground ('Victory Through Harmony'); a minute's silence; Van Persie free-kick; Suarez free-kick; Kuyt's penalty in the 12th minute of extra time (102 mins) - the last kick of the game, leveling the score at 1-1, and effectively bringing to an end Arsene Wenger's team's possibility of winning the title this year; Liverpool celebrations with their fans; Meireles (with serious tatts), Kuyt & Reina leaving the pitch; Emirates sky (actually this is from the end of the desultory Arsenal match against Blackburn two weeks ago, but it fits the mood).

Posted by david williams at 21:21 No comments: 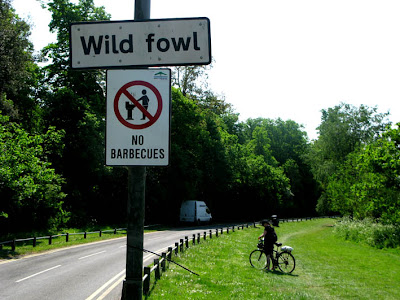 Posted by david williams at 21:30 No comments: