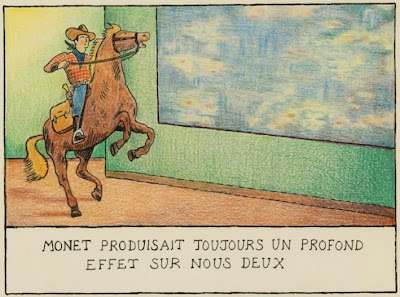 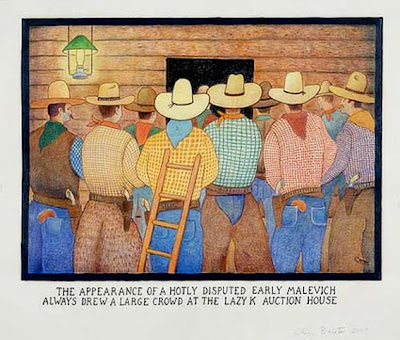 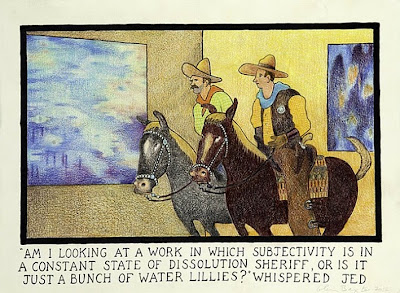 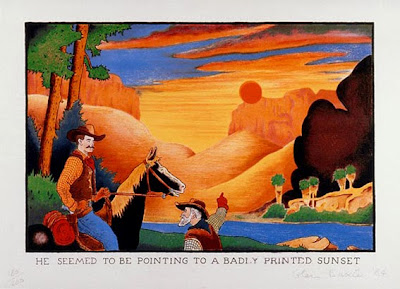 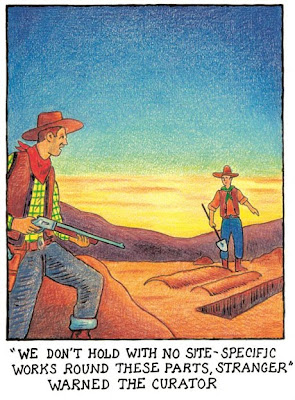 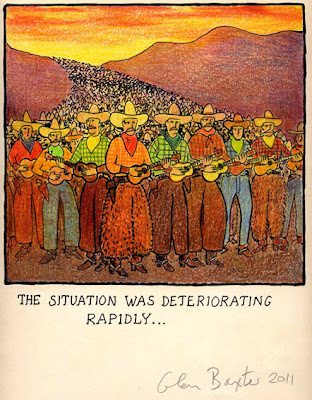 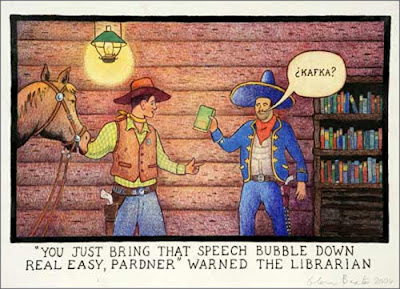 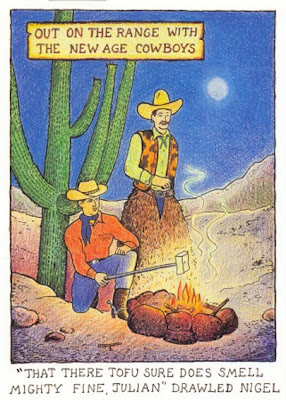 Read more »
Posted by david williams at 16:35 No comments: 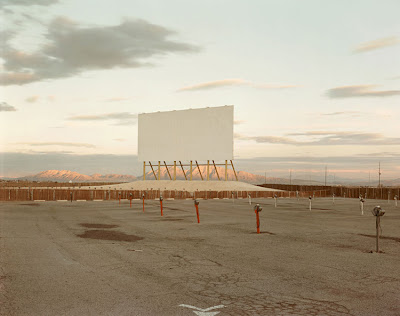 Jean Baudrillard: - 'I went in search of astral America, not social and cultural America, but the America of the empty, absolute freedom of the freeways, not the deep America of mores and mentalities, but the America of desert speed, of motels and mineral surfaces. I looked for it in the speed of the screenplay, in the indifferent reflex of television, in the film of days and nights projected across an empty space, in the marvellously affectless succession of signs, images, faces, and ritual acts on the road; looked for what was nearest to the nuclear and enucleated universe, a universe which is virtually our own ...

I sought the finished form of the future catastrophe of the social in geology, in that upturning of depth that can be seen in the straited spaces, the reliefs of salt and stone, the canyons where the fossil river flows down, the immemorial abyss of slowness that shows itself in erosion and geology. I even looked for it in the verticality of the great cities ...

Here in the transversality of the desert and the irony of geology, the transpolitical finds its generic, mental space. The inhumanity of our ulterior, asocial, superficial world immediately finds its aesthetic form here, its ecstatic form. For the desert is simply that: an ecstatic critique of culture, an ecstatic form of disappearance.

The grandeur of the deserts derives from their being, in their aridity, the negative of the earth's surface and of our civilised humours.  They are places where humours and fluids become rarefied, where the air is so pure that the influence of the stars descends direct from the constellations. And, with the extermination of the desert Indians, an even earlier stage than that of anthropology became visible: a mineralogy, a geology, a sidereality, an inhuman facticity, an aridity that drives out the artificial scruples of culture, a silence that exists nowhere else.

The silence of the desert is a visual thing, too. A product of the gaze that stares out and finds nothing to reflect it. There can be no silence up in the mountains, since their very contours roar. And for there to be silence, time itself has to attain a sort of horizontality; there has to be no echo of time in the future, but simply a sliding of geological strata one upon the other giving out nothing more than a fossil murmur.

Desert: luminous, fossilised network of an inhuman intelligence, of a radical indifference - the indifference not merely of the sky, but of the geological undulations, where the metaphysical passions of space and time alone crystallise. Here the terms of desire are turned upside down each day, and night annihilates them. But wait for the dawn to rise, with the awakening of the fossil sounds, the animal silence ...

The form that dominates the American West, and doubtless all of American culture, is a seismic form: a fractal, interstitial culture, born of a rift with the Old World, a tactile, fragile, mobile, superficial culture - you have to follow its own rules to grasp how it works: seismic shifting, soft technologies.

The only question in this journey is: how far can we go in the extermination of meaning, how far can we go in the non-referential desert form without cracking up and, of course, still keep alive the esoteric charm of disappearance? A theoretical question here materialised in the objective conditions of a journey which is no longer a journey and therefore carries with it a fundamental rule: aim for the point of no return. This is the key. And the crucial moment is that brutal instant which reveals that the journey has no end, that there is no longer any reason for it to come to an end.

Beyond a certain point, it is movement itself that changes. Movement which moves through space of its own volition changes into an absorption by space itself - end of resistance, end of the scene of the journey as such (exactly as the jet engine is no longer an energy of space-penetration, but propels itself by creating a vacuum in front of it that sucks it forward, instead of supporting itself, as in the traditional model, upon the air's resistance). In this way, the centrifugal, eccentric point is reached where the movement produces the vacuum that sucks you in.

This moment of vertigo is also the moment of potential collapse. Not so much from the tiredness generated by the distance and the heat, as from the ireversible advance into the desert of time'.

I'm ending with Baudrillard, not because I necessarily agree with everything he proposes, but because his rhetorical postcards from the road remain provocative for me in terms of driving, the cinematic, the seismic drama of geology, time, 'silence'.

In assembling these virtual fragments over the past three weeks, a kind of ad hoc - and unfinishable - reading companion for your journey, I have often tried to imagine where you are. And I realise I've entirely elided my own embodied movements during that time, a shuttle rhythm of to-ing and fro-ing between work in London and England's (much milder, greener) 'Southwest'.

I have passed Stonehenge six times in different light, and on each occasion have hollered greetings to the pigs on the other side of the road. I've been dazzled by a billowing field of scarlet poppies in bloom. I've watched tiny swallows being fed by their hyperactive parents in their mud-spit nest above a doorway, and cried quietly during episodes of 24 Hours in A&E. And, in the gaps, I've been transfixed by events in Egypt, as well as by the river, the swifts, the bees, the clouds and the sky.

Wishes, to you and the shuttle crew,
for the journeys home and to come,
elsew/here ... 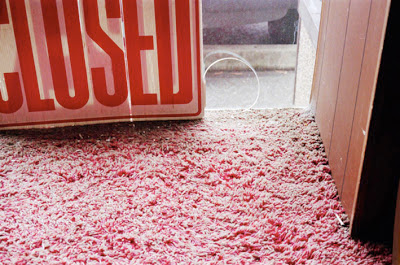 Unhurried departure music: Jem Finer's Longplayer - time lapse film of a live performance at the Roundhouse, London, 12.9.2009 (1,000 minutes in 1,000 seconds). For the Longplayer website, and a live stream link to this ongoing musical composition (currently 13.5 years into its 1,000 year duration), see here

Posted by david williams at 09:19 No comments:

Rebecca Solnit: - ' ... there is no adequate response in our vernacular to this landscape, nothing can touch the authenticity around it - thus the neon of Vegas, the motels of Flagstaff, the diners of Elko, the pink flamingos on the banks of a river named after a German who never saw it [the Humboldt].

At the most breathtaking landscapes of the West, people usually say something profoundly banal or trivial, not so much because they are not impressed, but because they know their words can't measure up to it, and it is more respectful not to try. In some way, banality becomes a refuge from fear of the sublime, overwhelming scale of the land.

Only the splenetics of country music seems to describe it: The eternal story of country songs is about someone who took refuge in the house of love, only the house fell apart, and so the singer is lost in the vastness again, and alone. Never mind their obsessive boy-girl front - they're songs about the pain of freedom, the loneliness of independence, about aftermath, irretrievable loss, fall from grace. If you don't believe the lyrics, the violins and guitars will tell you so.

Like pastoral poetry, country music (before positive thinking ruined it in recent years) is usually about the past, though the past seen more through bitterness than pastoral nostalgia. The singer is leaving, being left, or looking back, and the lyrics are full of midnight trains and lost highways, rambling men, walking after midnight, coming back to see their sweetheart wed another. A passionate love for geography is buried in all this bile, so that the songs of loss are rich too, rich in place names, travels, and atmospheres ...

The basic gesture of American society is a kind of atomisation, an expansion into what was always imagined as an expanding universe. That expansion was tragic in all Old World narratives, and America was settled by outcasts for whom tragedy became opportunity. Even framed as 'progress' and 'manifest destiny', that gesture is one of loneliness, and of conflict resolved by space rather than society - room to swing your arm. Tragedy, our ability to fall out of society and into the landscape, has been the content of American optimism'.

For today's driving music, the  14-minute looping heartbeat and visionary minimalism of Gillian Welch's 'I Dream A Highway' (from Time: The Revelator), listen here. For lyrics, see here

Gillian Welch: - 'Our palette is so minimal. We have four microphones, two voices and two guitars. That's how we make records and it freaks people out. I've come to believe that there's this other element, which is the sum of its parts - things like the air, the room, the atmosphere. These things enable us to make these little landscapes and soundscapes, which is interesting to us. Once your frame of reference adjusts to the fact that there's so little going on, the music can become very rich and panoramic, at least that's the hope'.

On driving across the USA: 'We were watching the road signs go by, which is a beautiful lesson in American poetry. You forget how beautiful the place names and the words are that you see when you're driving around. It's a great crash course in language'.

On her diverse audience: 'Those guys [hippies, country folk, hardcore rock & punk enthusiasts] say ours is the only folk music because they see the kind of gnarly, dark shit in there ... We sent the lyrics for this record [The Harrow and the Harvest] to the artist who did the cover - he's a metal artist, quite well known, and his covers usually have decomposing skulls and stuff, and he was like, "Man, this shit is dark!"'
__________________________ 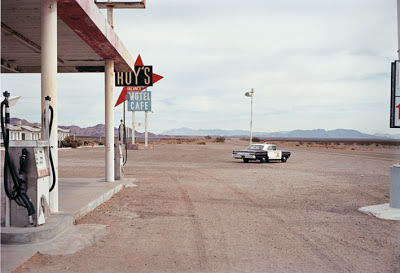 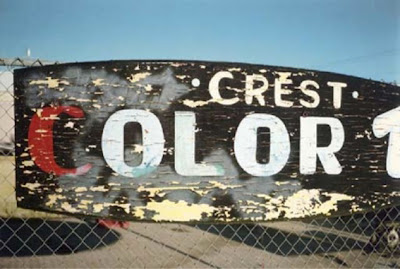 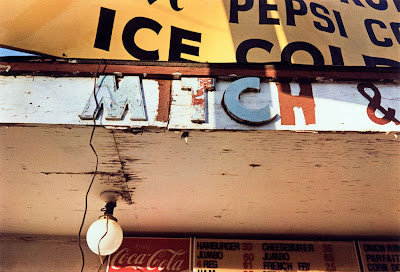 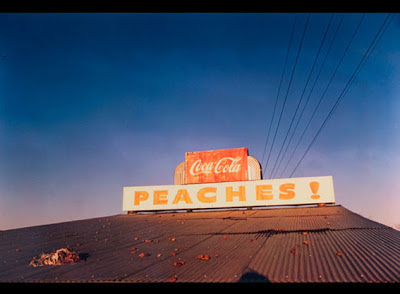 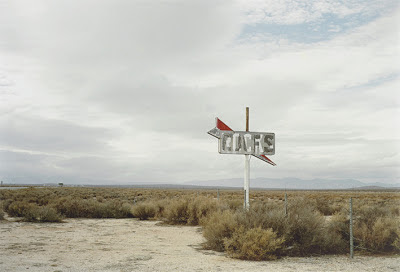 Posted by david williams at 07:19 No comments: 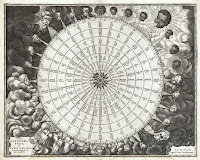