even if i do not know 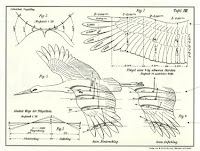 In 1968, the Sunday Times sponsored an open yacht race – the Golden Globe - for the first solo circumnavigation of the earth without stopping. One of the participants was the legendary French sailor Bernard Moitessier, in a 12-metre steel-hulled ketch, the Joshua. A rather terse Sunday Times profile of the time read: ‘One of the most experienced yachtsmen in the race. Born in Saigon, wiry with dry sense of humour and almost clairvoyant powers for weather forecasting. Practically teetotal but smokes continually at sea. Plans to carry year’s supply of Gauloises. Has previously rounded Cape Horn. Equipment of boat is almost spartan’.

Leaving Plymouth in August, Moitessier sailed south through the Atlantic to the Cape of Good Hope, then East across the Indian Ocean, passing to the south of Australia, then through the ‘roaring forties’ in the South Pacific, and round Cape Horn before heading north again for the return to Plymouth. So, seven months after his departure, he was heading north through the south Atlantic not far from the Falklands on this final leg - and he was in a prime position to win the race; of the 9 starters, only Robin Knox-Johnston and Donald Crowhurst were still in the race. And Crowhurst was going round in circles, only days away from writing in his log: ‘It is finished, it is finished, it is the mercy’ …

In his own journal, Moitessier records how one day he dozed off in fine weather, ‘watching the sea, listening to the song of the bow’; he had been studying the charts, its arcane symbols ‘full of hidden things trying to emerge in me’, he writes (Bernard Moitessier, The Long Way, New York: Sheridan House, 1995, 47). When he woke up, a seagull – a tern – was perched in his lap:
‘I don’t dare move, I don’t dare breathe, for fear she will fly away and never come back. She is white all over, almost transparent with a slender beak and very large black eyes. I did not see her draw near, I did not sense the faster beating of her wings as she landed. My body is naked under the sun, yet I do not feel her on the bare skin of my knee. Her weight cannot be felt. Slowly I reach out my hand. She looks at me, preening her feathers. I reach closer. She stops smoothing her feathers and watches me, unafraid. Her eyes seem to speak. I reach my hand a little bit closer … and gently start stroking her back, very gently. She speaks to me then …’ (165-6).

Having already crossed his own outbound track, Moitessier made a remarkable decision – not to finish the race at all, not to have to face the international media, the prize money, the celebrity, all of the distractions of a return to ‘the other world’ - but instead to turn south-east – and back towards the Cape of Good Hope, and continue the circumnavigation to the south of Africa and Australia, and back into the Pacific. In February 1969, he wrote in his journal:

“She sailed round the world …”: but what does that mean, since the horizon is eternal? Round the world goes further than the ends of the earth, as far as life itself, perhaps further still. When you sense that, your head begins to swim, you are a little afraid … (151-2) … I do not know how to explain to them my need to be at peace, to continue toward the Pacific. They will not understand. I know I am right, I feel it deeply. I know exactly where I am going, even if I do not know. How could they understand that? Yet it is so simple … The rules of the game can gradually change; the old ones have disappeared in the wake to make room for new rules of another order … (157) I am really fed up with false gods, always lying in wait, spider-like, eating our liver, sucking our marrow … (163). To have the time, to have the choice … not knowing what you are heading for, and just going there anyway… (161). All these things have been with me from the start, all the miracles, and I dream my life in the light of the sky, listening to the sea …’ (167).

A few days later, just off the Cape of Good Hope, Moitessier passed a tanker. Using a slingshot he fired a can containing messages on to its bridge, with instructions for the container to be passed on to the French Consul. One of the messages was for the race organiser at the Sunday Times: 'Dear Robert, I am continuing non-stop towards the Pacific Islands because I am happy at sea, and perhaps also to save my soul’ (169).As he left the Cape in his wake and took off across the Indian Ocean for the 2nd time, with the tern still on board, Moitessier wrote:
‘Now it is a story between Joshua and me, between me and the sky: a story just for us, a great love story that does not concern the others any more … You back there, when you meet seagulls, share some of your warmth with them; they need it. And you need them too; they fly in the wind of the sea, and the wind of the sea comes back over the earth, always’ (170).

3 months later, after a journey of almost 38,000 miles and 303 days, Moitessier reached Tahiti. 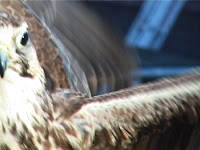 (Extract from 'how do you say goodbye? last songs': an invited presentation given at the symposium 'Goat Island: Lastness, raiding the archive, and pedagogical practices in performance', Nuffield Theatre, Lancaster University, 2008:
© David Williams)
Posted by david williams at 16:21