On Christmas Eve in 2000, the sun was briefly interrupted as I sat reading in my garden in Melbourne, Australia, by the fleeting shadow of a plane, a skywriter returning to land after its mission. I looked up, and the word ‘G R E E D’ hung over the city, traced in white on the scriptable blue of the sky, ‘smoke-thin, breath-thin’; minutes later it had dispersed without a trace, but the infinitude of the perfect summer sky was troubled, ‘embarrassed’.

The first recorded skywriting was created in 1922 by a pioneer English aviator called JC Savage. Since the early 1930s, primarily skywriting has been the domain of advertising: Pepsi’s first ad was written above New York in 1933. The smoke is created by vaporizing an oil-/paraffin-based fluid in the plane’s exhaust system. Pilots use landmarks (particularly roads) to align the letters; they are often inside the letters and have to write backwards to make words legible from the perspective of someone on the ground. Typically each letter is about 2 kms high, and is written at between 3-5,000 metres; the marks/lines are about 25 metres wide. For modern aircraft, it takes about 4 seconds to write a character the size of the World Trade Centre’s Twin Towers.

Over the past 40 years or so, a small number of artists have used skywriting (and its ensemble equivalent, ‘skytyping’) in their work: including Denis Oppenheim, James Turrell, Yoko Ono. As part of the 2001 Venice Biennale, eleven artists were commissioned to explore the sky as a scriptable surface; they produced drawings or selected words that were then traced in the sky by professional skywriters. Janet Cardiff wrote BOO!; Vik Muniz drew the outline of a cartoon fluffy white cloud. 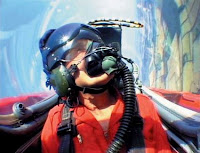 A year earlier in 2000, British artists Matthew Cornford and David Cross made a work called ’Childhood’s End’, in which a decommissioned Red Arrows jet traced the anarchy symbol in the sky above Cranfield Airbase. The work explores the incompatibilities of the tool and the mark made, their ideological frictions, as well as spatial/visual metaphors of social and political ideas: for example the relations between visual technologies and war as investigated by Paul Virilio in his work on ‘the logistics of perception’ (e.g. War and Cinema). One Super 16mm Cine Camera was mounted under the left wing of the Hawker Siddeley Gnat on the weaponry platform, another small ‘lipstick’ video camera faced the pilot in the cockpit. In the installation, we are invited to construct an edit between a large screen at one end of the gallery space, the floating openness of the plane’s shifting trajectory in relation to sky and ground and setting sun – a euphoric and vertiginous sense of disembodied forward flight, free of gravity - and at the other end of the space, on a tiny monitor, a claustrophobic and juddery close-up on the pilot, sometimes effaced by the reflective mask of his visor. The anarchist symbol itself is never revealed, we can only imagine or project the cumulative composition of the circled A in our navigation of the space in-between the two interrelated film loops; in this way it remains conceptual, free-floating, written on the wind.

I think about the mechanics of these aerial choreographies: their scores; the trajectories required to produce the illusion of two-dimensionality; the system of compass coordinates and counts some pilots use (although many planes now use computers to control the smoke emissions); the anticipation as a word or sign gradually appears on the sky; the implications of the weather for so-called ‘hang time’. And I think about skywriting’s ephemeral possibilities. 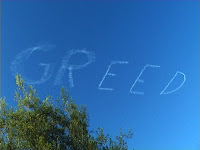 (Extract from a cumulative series of texts for a performance-
presentation, skywritings, 2001-8: © David Williams)

really lovely, I found the writing on Joe Strummer moving. I had a friend who's hero was frank Zappa and he met him once and despite all the things he wanted to say he just said 'i love you'. I wonder how many people have a musical hero they want to tell them they love.