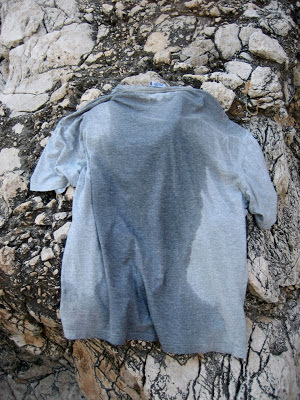 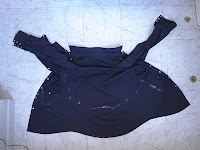 Lone Twin: 'A story about sweat'
Said while rain dancing and out of breath in front of an audience at SceneKunst Theatre Festival, Aarhus, Denmark. Slightly planned, but mainly made up:


This is a story about sweat, sweating and perspiration. What do you call them? Ecologists? They tell us all water is constantly in a cycle, it’s either on the earth, or being evaporated, moving up into the sky going into the clouds and raining back down again. Water in a cycle. And sometimes we wonder if we’ve seen water before. If maybe some of the rain we saw on the way here tonight we might have seen before, maybe we’ve watched that rain already on the television. It was raining when they took down the Berlin wall, when the hammers went in and we wonder if some of that rain that we watched on the news in England could be this rain out here tonight. Maybe this rain out here has some of the water in it that was once frozen and helped to sink the Titanic in the form of a mighty iceberg. Maybe the rain out there is quite sinister and dangerous and has a very interesting and ludicrous past. Now, we want to extend that idea to personal sweat, we’re here sweating and maybe some of you here are also sweating? Some of our sweat might be some of your sweat. Or maybe some of our sweat was Winston Churchill’s sweat, or maybe Florence Nightingale’s sweat, or maybe some of Bruce Springsteen’s sweat, which is personally at the moment my favourite sweat. Or maybe – I don’t know – the Queen of Norway’s sweat. I don’t know if they have a queen there I’m slightly off-track. But we’re interested tonight in some of our sweat becoming some of your sweat, and that it might enter into some of that rain that also might contain some of our sweat. 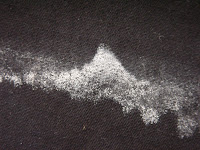