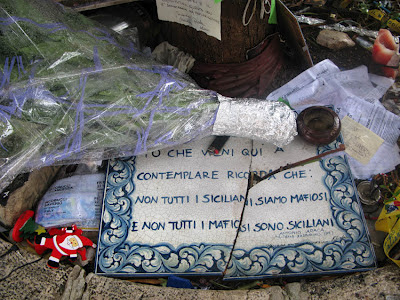 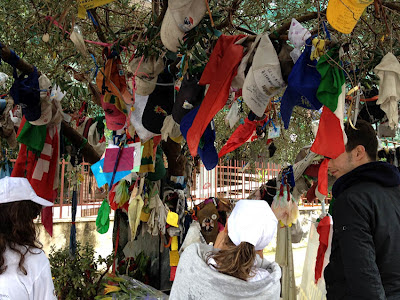 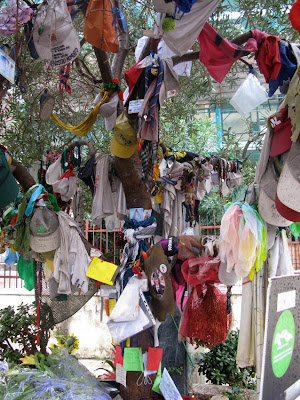 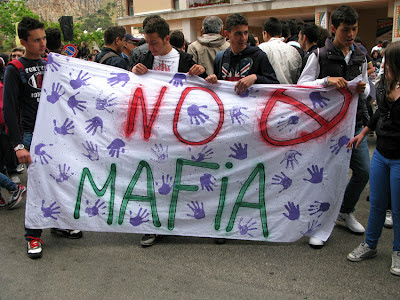 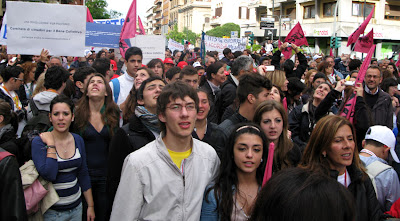 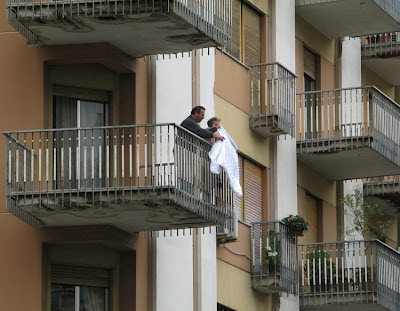 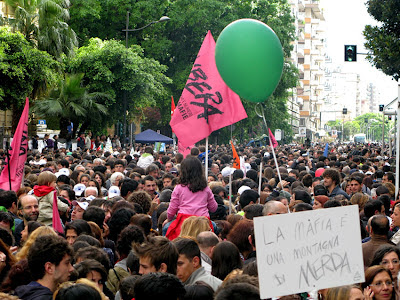 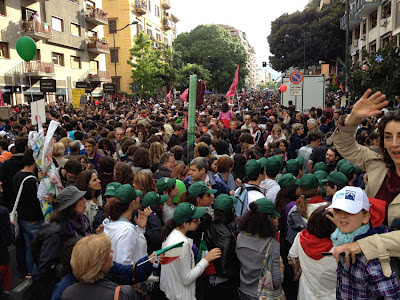 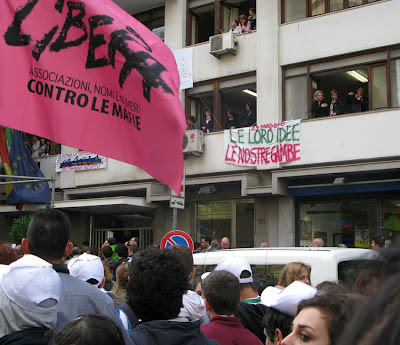 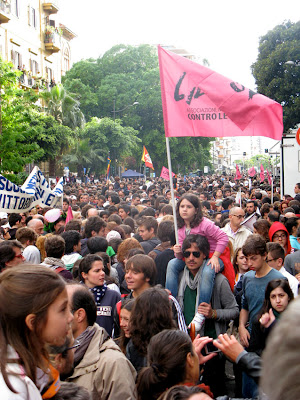 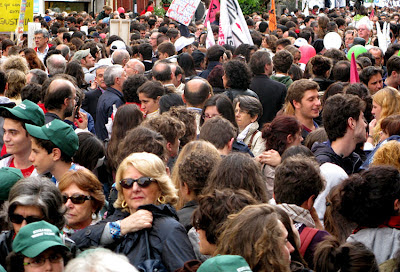 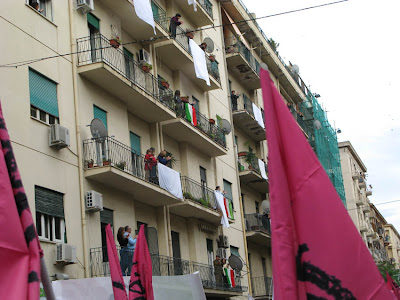 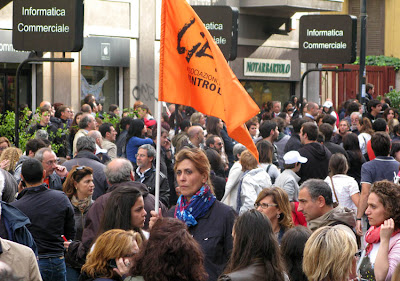 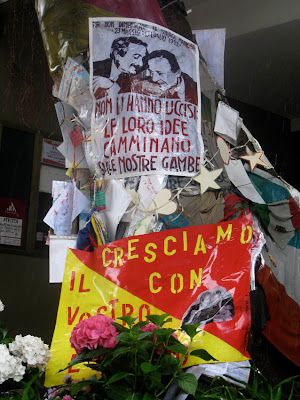 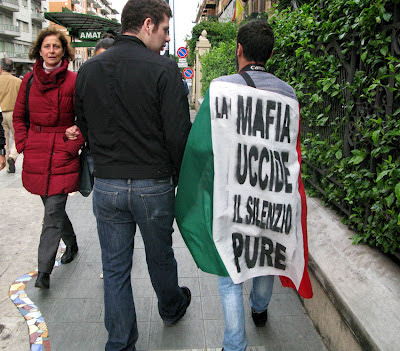 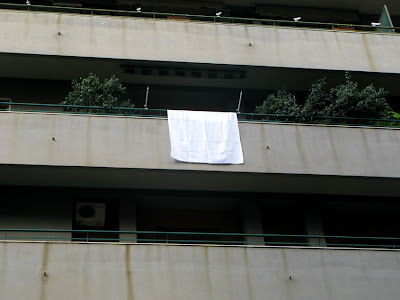 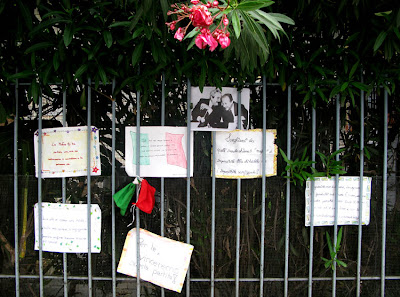 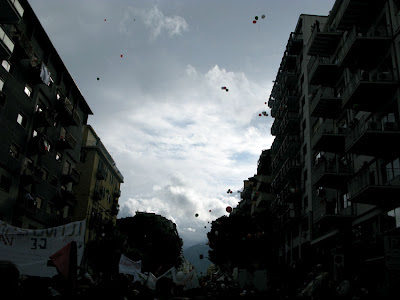 Antimafia march, Palermo, on 23 May 2012 - to mark the 20th anniversary of the assassination of Giovanni Falcone at Capaci. Route: from the memorial tree at the site of Paolo Borsellino's murder in via d'Amelio, to 'l'albero Falcone' (the Falcone tree) outside Falcone's former apartment in via Notarbartolo.

'They have not killed their ideas, they walk on our legs' (antimafia slogan, adapted from Giovanni Falcone)

'Those who come here to contemplate, remember that not all Sicilians are mafiosi, and not all mafiosi are Sicilians' (plaque in via d'Amelio).