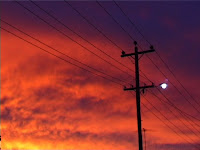 One can look at seeing.
One can’t hear hearing.
Can one listen to listening?

Last summer, I wrote the following fragment. It started out as a map of the mechanics of hearing. Hearing is not at all the same as listening, I know, but hey it’s a start:

“Auditory canal to tympanic membrane to the chain of auditory ossicles (hammer, anvil, stirrup) to the labyrinths of the inner ear and the cochlea (snail). An epic micro-trajectory through membraneous, bony and fluid connectivities involved in the process of ‘transduction’ – that is, the translation of the complex frequencies and intensities of sound waves into electro-chemical signals. The intimate immensity of these intricate architectures, and the poetics of their namings: hammer, anvil, stirrup, snail. The construction of surreal conjunctions, assemblages of the organic and inorganic, the artisanal, the disciplinary and the animal. The rhythms and sounds of the points of contact in a smithy’s forge, in equestrian training, in the passage of a snail, and the trace in its wake”.

Noise is the forest of everything. Some people hear music in the heart of noise. And sound itself is surrounded by its own sound.

There are many ways to listen.

“Words are everywhere, inside me, outside of me … I hear them, no need to hear them, no need of a head, impossible to stop them, impossible to stop. I’m in words, made of words, others’ words, what others … the whole world is here with me, I’m in the air, the walls, the walled-in one, everything yields, opens, ebbs, flows, like flakes. I’m all these flakes, meeting, mingling, falling asunder, wherever I go I find me, leave me, go towards me, come from me, nothing ever but me, a particle of me, retrieved, lost, gone astray, I’m all these words, all these strangers, this dust of words, with no ground for their setting, no sky for their dispersing, coming together to say, fleeing one another to say, that I am they, all of them, those that merge, those that part, those that never meet …” (Beckett)

The wireless imagination … Voices surface, peel off, tone after tone, tones stored in history: his master’s voice, the roaring rally, the frightened child, the dying parents, the secret sigh, the quiet hello. And all for free, without the blue-folding crackle of monetary exchange …

How to bring attention to things without bringing things to attention?

Let us inhabit a large modern city with our ears more attentive than our eyes. Let us see and touch and smell and taste with our ears. Let us let sounds be themselves.

Sometimes speaking produces little more than ‘the shadow of speech’, as Maurice Blanchot suggests: ‘a language which is still only its image, an imaginary language and a language of the imaginary, the one nobody speaks, the murmur of the incessant and the interminable which one has to silence if one wants, at last, to be heard’.

Silence is all of the sounds we don’t intend. Accept any interruptions. And silence always involves a silencing.

'I have a sound inside me that scratches to itself and I am not allowed to listen. When I open my mouth, it is a hum that dogs notice, and they come to me and wait' (Ben Marcus).

A PERIOD OF SILENCE

Thank you. It’s surprising (is it?) how much can come out of what we call ‘nothing’. If we listen.

The sounds of things say on the level of that which is not yet knowledge. And all matter sounds all of the time. We know that the lilies are extremely busy.

Human hearing is severely limited. We can only detect sound waves when they vibrate above 20 times and below 20,000 times a second. And many sounds are simply too small to be heard with the naked ear. They require another listening, a listening beyond the ear. They require the silence of an animal noticing.

Migrating birds can hear sounds as low as one cycle every 10 seconds, which they use to navigate. Blue whales use infrasound of around 20 hertz to communicate across vast subaquatic distances. Further up the frequency spectrum, male rats squeak rhythmically in ultrasound as they mate. Insectivorous bats create pictures in sound by using echolocating clicks at up to 200,000 hertz – at 200 clicks per second. At such frequencies they can perceive a midge 20 metres away. They can identify size, weight, flight speed, direction, and type of insect before plucking their prey out of the air. Dolphins can focus high-frequency ultrasound in bursts that function as sonic weapons. A targeted beam of ultrasound is emitted to resonate a fish’s swim bladder, stunning and fatally disorienting it. A cockroach uses highly sensitive hairs on its back to detect the air current created by the footfalls of another cockroach; it listens to variations and displacements in the movement of air …

La Monte Young wrote musical compositions that occur in the fluctuating spaces between acoustics, physiology, and imaginal cognition, often at the brink of human audibility: - Build a small fire in front of the audience. - Turn a butterfly loose in the performance space.

There are many ways to listen.

Chinese and Japanese incense connoisseurs say that they do not smell, but rather ‘listen’ to incense; their relationship to the resonance and transience of scents in their passage from materiality to immateriality is auditory. Sounds, like smells, are volatile, ephemeral; they appear and disappear.

Is listening intrinsically more passive, peaceful, respectful, open, democratic and spiritual than speaking? Or is it active, individualist, dissident, imaginative, grained and flawed, a partial redirecting of the geometry of attention that inevitably falls victim to hearing’s blind spots, as it were, its ‘acoustic shadows’? Isn’t listening itself particular, a mode of negotiation and mediation and interference, a desire-machine whose processes produce their own signatures, their own creative noise?

One might listen in such a way as to consider sounds according to their size. Erik Satie, for example, claimed he was a ‘phonometrographer’, a measurer of sound, rather than a musician or composer. He wrote: ‘The first time I used a phonoscope, I examined a B flat of medium size. I can assure you that I have never seen anything so revolting. I called in my man to show it to him. / On my phono-scales a common or garden F sharp registered 93 kilos. It came out of a fat tenor whom I also weighed’.

One might listen in such a way as to attune oneself to the inaudible signals saturating the air around us. The Pythagoreans, for example, believed in the orderliness of the universe, the reverberant ‘harmony of the spheres’, the hum of everything-in-its-right-place.

Or perhaps one might make oneself receptive through the prostheses of technological amplification. In the mid-Sixties, John Cage wrote a piece called Variations VII, in which: ‘There were ordinary radios, there were Geiger counters to collect cosmic things, there were radios to pick up what the police were saying, there were telephone lines open to different parts of the city. There were as many different ways of receiving vibrations and making them audible as we could grasp with the techniques at hand’.

Yoko Ono went even further, and accepted the inaudible into the technological: “Take a tape of the sound of the snow falling. This should be done in the evening. Do not listen to the tape. Cut it and use it as strings to tie gifts with”. So, a recording of an almost silent event using the technologies of listening, the results never listened to, simply given away. The sound of something that weighs almost nothing, that only faintly registers; nothing seems to change, just a weighing on the mind. The sound of thought as a gift. In the poetics of withholding, it’s the thought that counts …

Or one might make oneself receptive through imaginative engagement with the knowledge of what is really there, beyond the capacities of our ears. Michel Serres, for example, invites us to conceive of the sky not as tabula rasa, an empty space passively awaiting inscription, but as an ‘angel space’, a teeming communicational network, the arena of Hermes:

‘Look at the sky, even right here above us. It’s traversed by planes, satellites, electromagnetic waves from television, radio, fax, electronic mail. The world we are immersed in is a space-time of communication. Why shouldn’t I call it angel space, since this means the messengers, the systems of mailmen, of transmissions in the act of passing or the space through which they pass? Do you know, for example, that at every moment there are at least a million people on flights through the sky, as though immobile or suspended – non-variables with variations? Indeed we live in the century of angels’.

Or one might make oneself receptive through imaginative engagement with what might be there, or perhaps never was there, but just might have been there. Imagine the air itself as one vast swarming library on whose pages are written everything that has ever been said or whispered. According to William Burroughs, we have all accumulated ‘old war tapes. We have millions of hours of it, even if we never fired a gun. War tapes, hate tapes, fear tapes, pain tapes, happy tapes, sad tapes, funny tapes, all stirring around in a cement mixer of voices’.

One has to move in to move out.

I’m totally deaf in one ear, but if I listen carefully I can hear the sounds of my lover pulling her hair back in that way, touching her nose in that way, looking out of the window up at the sky in that way.

There are many ways to listen.
Accept any interruptions. 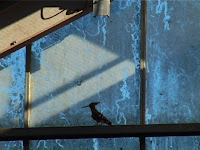