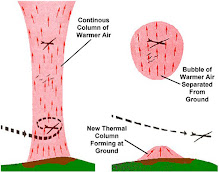 When I last saw G, my neighbour in Western Australia, he was in his early eighties. A delightful, sensitive man who had once been an engineer. We used to chat at length over the fence or out walking with our two dogs. For over forty years, G had been caring for his bed-bound partner A; she had a rare brittle-bone condition so extreme it meant that even a sneeze could result in a broken rib. Sometimes we had tea with A around her bed; she was both fragile and extraordinarily radiant. Out with the dogs, over time G revealed his frustration and exhaustion. After so many years the imperative to care for A, the push-pull of having to meet her every need and demand, had ground him down. He loved A but wanted her to let go now, to slip away; it was time, he said, while there was still time. Sometimes, despite himself, the weight of his tiredness manifested as irritation or even anger towards A, and he felt crippling guilt for not always being up to giving away his life for another.

G had an escape, and perhaps, he said, it was now ‘the love of his life’. Once a week for a few hours he would go gliding by himself, and whenever he talked about it, he was utterly transformed, lit up. The sheer joy of riding invisible thermals, the miracle of soaring and hovering, the wedge-tailed eagles. The silence, adrift in skyspace with the world laid out far below like ‘a beautiful old faded carpet’ (his words). Freed, for a moment, from gravity and care, while A lay immobilised by her illness on her bed, as light as a bird. When he came home afterwards, he said, he was troubled about whether it was okay to feel such pleasure. I told him I felt sure it was, more than okay. He invited me to come gliding with him. But then A died, and for months G was bereft. Grounded.

Extract from ‘Diffractions: record of a passage’, an afterword for the forthcoming collection edited by Karen Christopher & Mary Paterson, Entanglement: duet as form and practice, Intellect Books, to be published in August 2021. Image from www.aerospaceweb.org, 'Birds, thermals & soaring flight'