gold into my black 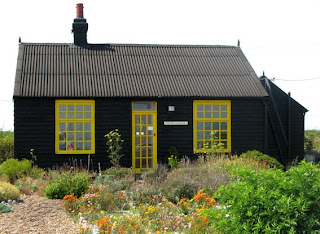 'A colour shines in its surroundings. Just as eyes only shine in a face'
(Wittgenstein, Remarks on Colour)

In his penultimate book Chroma, in a section called 'Shadow is the queen of colour', Jarman writes about Aristotle's On Colour:

"He observes flowers, fruits, the roots of plants and the changing colours of the seasons. The green leaves turning yellow. Plants are penetrated by moisture which washes the colours into them. This is fixed by sunlight and warmth, just as occurs in dyeing. All growing things become yellow at the end. 'As the black grows steadily weaker, the colour changes gradually to green and at last becomes yellow. Other plants become red as they ripen'' (Chroma, p. 26).

In 'The Perils of Yellow', in which he ponders the ambiguities and multiplicities of yellow, Jarman writes:

"The fetid breath of diseased Yellowbelly scorches the hanging tree yellow with ague. Betrayal is the oxygen of his devilry [...]

Ultraviolet reflects yellow strongly, so insects fall over themselves and hallucinate [...]

The executioner in Spain was dressed and painted in yellow.

For every yellow Primrose that commemorates Disraeli there is a Yellow Star. These are the stars extinguished in the gas chamber. (Old as the ghetto). Jews were wearing yellow hats in the Middle Ages. They were condemned to yellow like thieves and robbers who were coloured yellow and taken to the gallows.

We sail with the yellow plague flag on a ship into the bladder-wracked waters of the Sargasso [...]

Black and yellow sends a warning! DANGER, I am a wasp - keep your distance. The wasps circle the Burger King, McDonalds and Pizza Hut, fast convenience food lettered in livid 'Jump At You' typography - black and yellow red and yellow [...]

Yellow excites a warm and agreeable impression. If you look through a yellow glass at a landscape the eye is gladdened. In many of the shots I took at Dungeness for The Garden I used a yellow sky filter on my Super 8. It produced autumnal effects. 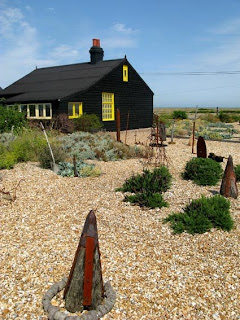 A golden colour appears when what is yellow and sunny gleams.

The nimbus of the saints, haloes and auras. These are the yellows of hope.

The joys of black and yellow Prospect Cottage. Black as pitch with bright yellow windows, it welcomes you [...]

This morning I met a friend on the corner of Oxford Street. He was wearing a beautiful yellow coat. I remarked on it. He had bought it in Tokyo and he said that it was sold to him as green. 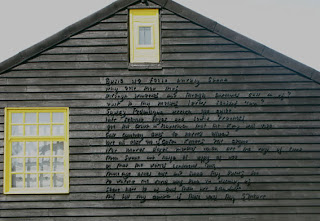 "Black could be humorous. Could be modern. Coco Chanel's little black dress for all occasions.

But black was also the Inquisition [...]

I painted the gold into my black paintings (melanosis), the philosophic egg. The scarlet fire of the furnace, not as reproduction. This was the Quest, not a parody - the Quest that could end with a burning in the Field of Flowers - like Bruno who described the Universe as numerous worlds sparkling like dust in a shaft of sunlight. You could get more than your fingers burnt for that thought" (Chroma, 141).

Black and yellow. Alchemical colours, both:

"BLACK: The base material was the Prima Materia, a chaos like the dark waters of the deep. 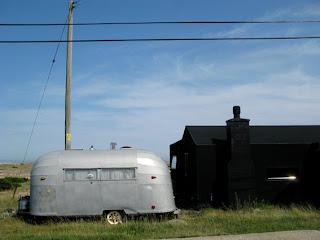