for derek jarman (3)
At school in the 1970s one of my favorite teachers was Robin Noscoe, who taught art. He was anomalous in that environment: generous, enthusiastic about enabling creativity and encouraging expressive individuality, unapologetically eccentric - a godsend. Derek Jarman writes brilliantly about Robin - and about the school - in his book Dancing Ledge; for Jarman was at the same school, he left ten years before I arrived.

His critique of the English public school model of education in the late 1950s - akin to what James Hillman has called education as 'adult-eration' - is precise and withering:

'At fourteen, I paint in self-defence. The school is bleak and soulless, dominated by bells, prayers, bullying, and everything that brings a chill; a huge shadow cast over life, distilled into a distressing muscular Christianity. We dress in grey suits with stiff starched collars which cut into your neck; we polish our black shoes, and polish them again and parade past prefects twice a day. On Wednesday we change into prickly khaki uniforms and march up and down and on the spot. A subtle terror rules, thoughtfully preparing us for the outside world'.

In the ten years between Jarman's leaving and my arrival - effectively the 1960s - the school had changed significantly. Although a tradition of surreptitious bullying was resilient, fagging had disappeared altogether, and the military cadet 'training' (ha!) had softened massively to become a cartoon of itself. I was part of the 'naval cadets', ridiculous and comical in our matelot outfits, and utterly incompetent as sailors. We tended to spend quite a lot of Wednesday afternoons rowing up river to smoke cigarettes under the overhanging trees. Sometimes we went as far as the local town, where there was a cafe and a record shop; we hid the boat along the river bank and changed our clothes. It was hard to take this activity at all seriously, in part because it seemed to be locked in some dim distant past (the childhoods of the cast of Dad's Army?), in part because of the dumb sanctions that were imposed on those with scuffed shoes and inadequate haircuts and imprecise creases ironed into their thick woolen trousers (7 creases for the 7 ocean of the world). By the 1970s, it was fatuous bollocks, and we all knew it.

One thing that hadn't changed at all, it seems, was the refuge that the art school represented within such an anachronistic and uncreative regime. For Jarman in the late 50s, this was characterised by a 'vicious fraudulent gentility that masks a system of bullying and repression, coupled with a deliberate philistine aggression towards learning and intelligence ... A systematic destruction of the creative mind, called 'education', is under way. This has one aim: to awe you into impotence under the guise of teaching you judgement'.

Over in the art school, Robin Noscoe, with his tousled grey hair and runaway goatee, his paint-and-clay-splashed trousers and easy smile, was a combination of delightfully chaotic and a highly astute bricoleur-pragmatist. He got stuff done with incredible resourcefulness: painting, furniture, sculpture, ceramics, a lot of scavenging, trips 'out'. Even hanging out and not-doing-much was affirmed as productive, a Good Thing - which must have been a seditious thought for many of Robin's stiffer-lipped colleagues in this rural laboratory of the protestant work ethic coupled with an obsessive conviction that 'healthiness of mind' was surely synonymous with an ability to kick/throw/run/jump/pull/punch/hit. Above all, Robin demythologised and made available the processes of making, including getting lost and fucking up. He involved the students in constructing his house, an outdoor theatre and other structures, both provisional and more enduring. Art was a thing you did: a social and creative practice at the heart of the being in 'human being'.

'It was from Robin that I learned that an artist was practical, whatever his outward eccentricity. Robin was mentor rather than teacher, he ignored the gulf that separated master and pupil and embraced you as a collaborator and equal ... In the art school he was a potter and every two weeks or so the great brick kiln we had built would be fired with wood scavenged from the grounds, and the pottery with its fine ash glazes would be scattered through the building and used as brush pots and crockery. As the kiln was unpacked, Robin would stand by, stroking his grey beard, his face wreathed in a delightful boyish enthusiasm. For a fourteen-year-old it was remarkable to see a grown-up so openly enthusiastic and in love with his work. For the boys he taught, Robin was an inspiration. Art was never mentioned in an academic context, but was a part of living in which anyone, whatever their natural ability or talent, could share'. 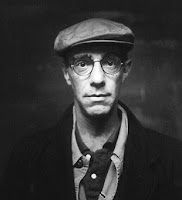