'There's too much of everything in the world, but particularly too much of everything that's not all that good. The world doesn't need any more art that's just all right. It only needs mind-blowing, inspirational, life-changing stuff' - PJ Harvey, in ‘Songs of Innocence and Experience’, interview with John Harris, The Guardian, 28 September 2007. 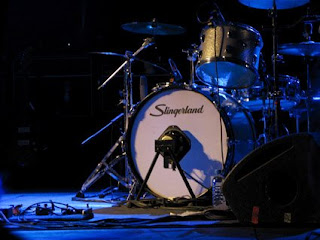 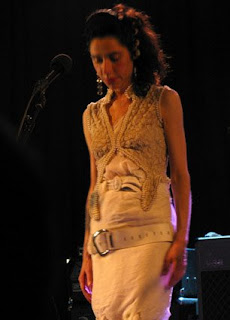 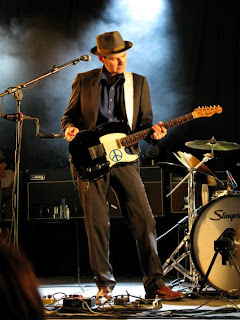 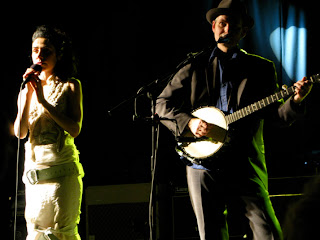 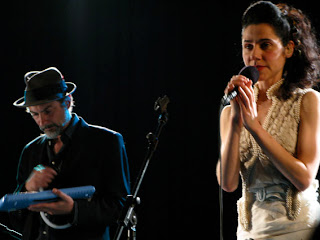 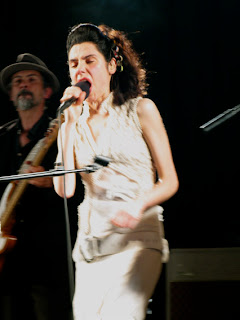 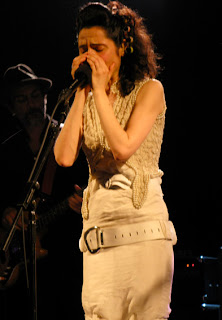 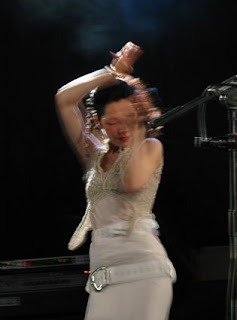 PJ was outrageously good in Bristol on Saturday night. She has many of the things I love about certain performers (more often in music than elsewhere). A confidence that isn’t bloated ego-driven. A quality of radical present-ness. A kind of lightness & strength in running with something to the nth degree, with phenomenal attack, right in it & on it but not seeming to be burnt, always there and watching, listening, her ample energies harnessed. She looks like she’s massively fed by and with her gang, the music, the worlds (and voices) she passes through with embodied blowtorch intensity, then lets go of oh so lightly. Beautiful. Elegant. Eccentric. Inhabiting the music of she. Her south-west England accent, so far away from narrow rock’n’roll assumptions, seems deeply apt here somehow – her songs are very 'english', with this country's contoured and grained shadows animated, an old soul exposed sometimes delicately, lyrically, sometimes with a roar from some underworld. Above all, she seems to have such a sure sense of her multiplicity without it ever unravelling into blurry dispersal – she is ravelled, joined up, alive, herenow - and her range of vocal textures and grains, as well as the barks, yelps, the intensity of investment & engagement in the doing are startling and massively energising. Full of uninsulated life. Joyous. Human. Loved it. Loved her.
____________________________________

‘Videos are usually made to help to sell a record. But we'd like people to watch our videos, go out into the street and burn their Porsches’ - Jake Chapman, Guardian blogs, 31 March 2009.

For Jake Chapman on the making of the video for PJ Harvey's 'Black Hearted Love', see here

Photos of PJ Harvey, with John Parish and Howe Gelb, from their gig at the Anson Rooms, Bristol, 18 April 2009 © David Williams
Posted by david williams at 22:56