'People thrown into other cultures go through something of the anguish of the butterfly, whose body must disintegrate and reform more than once in its life cycle.In her novel Regeneration, Pat Barker writes of a doctor who "knew only too well how often the early stages of change or cure may mimic deterioration. Cut a chrysalis open, and you will find a rotting caterpillar. What you will never find is that mythical creature, half caterpillar, half butterfly, a fit emblem of the human soul, for those whose cast of mind leads them to seek such emblems. No, the process of transformation consists almost entirely of decay". But the butterfly is so fit an emblem of the human soul that its name in Greek is psyche, the word for soul. We have not much language to appreciate this phase of decay, this withdrawal, this era of ending that must precede beginning. Nor of the violence of the metamorphosis, which is often spoken of as though it were as graceful as a flower blooming ... The process of transformation consists mostly of decay and then of this crisis when emergence from what came before must be total and abrupt'. (Rebecca Solnit, A Field Guide to Getting Lost, Edinburgh: Canongate, 2006, 81-3) 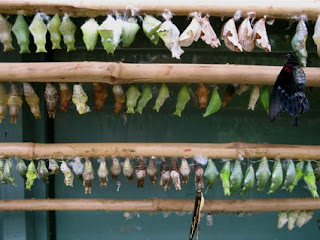 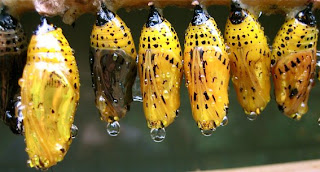 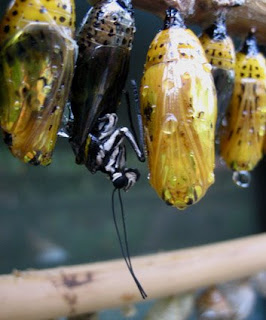 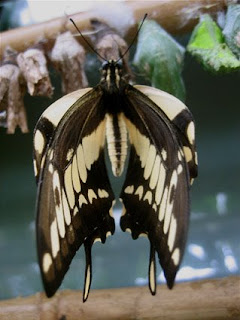 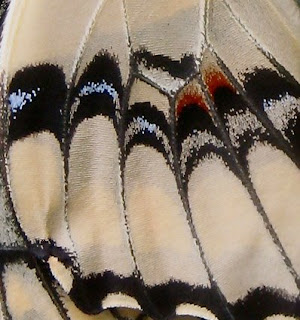 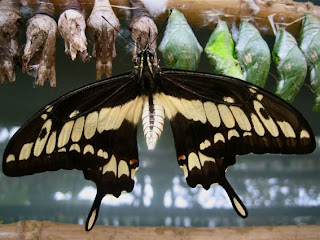 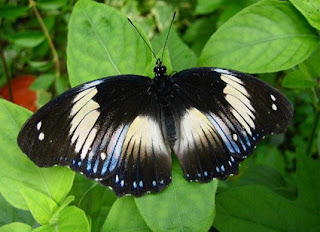 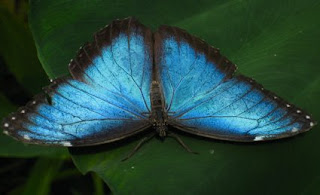 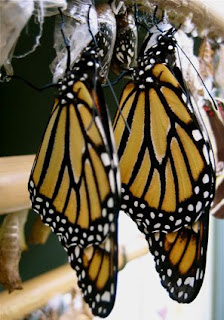 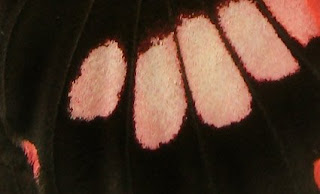 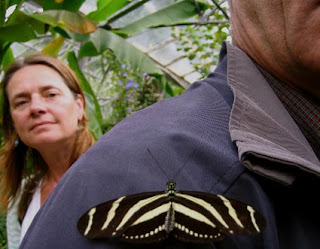 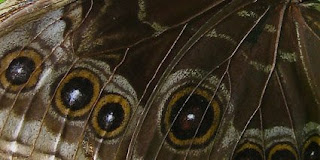 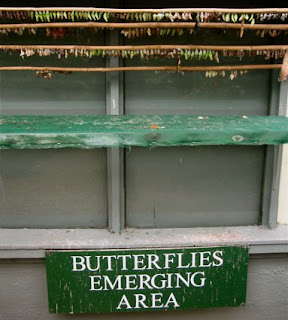 'But the changes in a butterfly's life are not always so dramatic. The strange resonant word instar describes the stage between two successive molts, for as it grows, a caterpillar, like a snake ... splits its skin again and again, each stage an instar. It remains a caterpillar as it goes through these molts, but no longer one in the same skin. There are rituals marking such splits, graduations, indoctrinations, ceremonies of change, though most changes proceed without such clear and encouraging recognition. Instar implies something both celestial and ingrown, something heavenly and disastrous, and perhaps change is commonly like that, a buried star, oscillating between near and far'. (Rebecca Solnit, A Field Guide to Getting Lost, 83).

All photos from the Butterfly Farm at Buckfastleigh, Devon
© David Williams 2008
Posted by david williams at 12:54