the singing of the real world 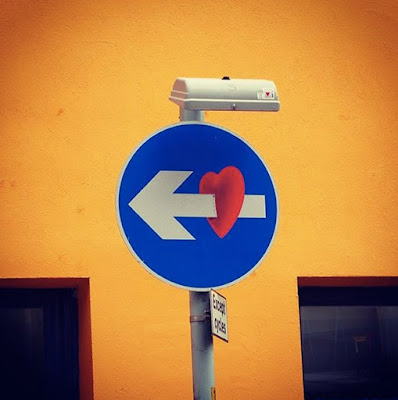 At times like this, when so much feels divided and broken, when public discourse has dissolved into a cacophony of colliding opinions, and our politicians seem to have ground themselves into an acrimonious stalemate, there is something genuinely necessary and moving in Action Hero’s intimately epic project Oh Europa. In a gently playful and invitational way, their reimagined mapping of Europe in a time of apparent unraveling seeks to affirm connections and exchanges between people, through an affective cartography of places, encounters and feelings given resonant body in hundreds of love songs. All of the materials in this multiform art work – the 6-month journey undertaken by Gemma and James in their motorhome last year, the songs they collected, their video ‘postcards’ along the way, the live performances after the journey’s end, and this video installation with its ‘atlas’ detailing the location of the 41 beacons transmitting songs across Europe – all of these things celebrate our differences as well as a deeply felt sense of what we have in common, across borders and languages. The event of love, and the resilience and compelling mystery of its deep currents. Longing and its tangled relations to belonging and to ‘home’. The courageous intimacy of song as an embodied address to others: singing as soul-portrait, a gift of oneself in which breath becomes music and calls us together in the heart-land.

The choice of locations for the beacons was determined by a number of different conceptions of threshold, border and edge. To date beacon placements have occurred at sites of current administrative, political or cultural divisions, or of disputed territory; liminal spaces, hovering between territories; sites of encounter, blurring, mixing or integration – of rivers, seas, cultures; deep-time geological structures or rifts; sites of historical protest or activism in the emergence of democracy; redundant historical borders and archaeological remains at places of past conflict; sites bearing traces of cultures no longer in existence, or of unfinished projects (the disappeared ‘dreams’ of the past); rivers and former connective routes between zones, now disappeared or closed; and territories with mobile, fluid or indeterminate boundaries (notably, in the far north of Europe, the shifting position of the Arctic Circle, and the uncertainty of the Sami people’s geographical terrain).

The beacon locations detailed in this atlas offer an alternative mapping of Europe that is off-centre, and complexly layered in time and space. Conventional fixed notions of ‘centre’ and ‘edge’ are reconfigured here; old hierarchies of place give way to something plural and in flux, and many supposed edges reveal themselves to be singular and interconnected centres in their own right. Cumulatively this mapping produces layered networks of places and people in relation, rather than the fixity of discreet territories. Some of these places are ghosted by their social and political histories, but without melancholy; for alongside the presence of the past – the re-membering of conflicts and divisions, ancient and recent – there lies a quietly insistent invitation to actively imagine other possible futures. Other ways of being in relation to others. The journey, the sharing of songs and the placement of the beacons are all interwoven elements within an art project that is both poetic and political; they each perform the possibility of connection, passageway, repair, change and exchange. Like acupuncture points on the body of the land mass of Europe, marking a diversity of thresholds, fault lines and pressure points, the beacons seek to vibrate and reanimate circuits and flows that risk becoming blocked, forgotten or overlooked. In this way, sites of separation can become contexts for the staging of reparation and free, unimpeded movement.

After watching the video from each of the beacons in turn, I was struck by the dynamic presence of different kinds of water in so many of these contexts, and the degree to which landscapes are sculpted and territories defined by bodies of water and their flows. The videos invite us to contemplate various seas and inland lakes (Lake Virmajärvi, for example, on the border of Finland and Russia), as well as watersheds, confluences and many individual streams and rivers that ultimately find their way towards the seas, and wider connections and dispersals. All four of the cardinal points in this atlas – the extreme north/south/east/west edges of Europe – are liquid, as is Europe’s epicentre. Fittingly, Action Hero placed a beacon at the very heart of Europe’s land mass, beside the triple watershed of the Lunghin Pass in Switzerland. From this point on the so-called ‘roof of Europe’, invisible streams from melt water eventually grow in size to become the Rhine, the Po and the Danube, major arteries which run their meandering courses through different countries to three different seas: the Atlantic, the Mediterranean, and the Black Sea. The transmission of songs from beacons in these watery contexts, and others in this atlas, brings to mind the astonishing gesture of Tibetan Buddhists releasing material from their exquisitely crafted sand mandala paintings. Once the painting is complete, the monks dismantle it by sweeping up the sand and releasing it into a neighbouring river. These particles are carried away by the river’s gravity-fueled flow to be dispersed in the world’s oceans. For the monks, each grain is animate and continues to pulse, containing as it does the full image of the original sand painting in miniature: a peaceful, reverberant anti-toxin or prayer circulating forever in the world’s blood stream.

Like the songs themselves, the videos are also invitations to an attentive listening that is actively receptive. Each of the videos registers a still point in which everything moves: the sky and its weather systems, vegetation, animal and human life, vehicles, light. Each sequence reveals a place to be a complex world-in-process. The only video which comes close to immobility presents us with a surviving section of the Berlin Wall in close-up. However, the wall’s apparently immutable inertia is offset and destabilized by the layered background dynamic of bird song, human conversation, slowly drifting clouds in the small strip of visible sky - and of course the knowledge of the wall’s ultimate demise as impenetrable barrier. Its residual survival here acts as memorial and hope-ful testament to the ephemerality of imposed division.

In addition, the ambient sounds recorded by the camera reaffirm the complexities of place through the dynamically layered ‘songs’ of ongoing life. Each video offers us an auditory ‘situation involving multiplicity’, as John Cage said of Robert Rauschenberg’s combine paintings. Chance compositions draw on wind, sea, river, trees, birds (almost always there), insects, traffic, sometimes voices and fragments of passing conversation in different languages. We hear the sounds of the rural, the urban, the littoral, the elevated, the remote, the ongoing and the fleeting. A chorale of the world’s vibrant murmuring.

Listen, for example, to the dense overlay of city, traffic, riverboats, human voices and lapping river water at Margaret Island in Budapest. Or the chance aeolian percussion of flags and their guy ropes in the breeze at Juoksengi in Sweden. Then there’s the haunting spiral of bird song at the woodland ‘language border’ between Wallonia and Flanders, in Belgium, or the dog bark from a passing vehicle in Beremend, Hungary. Or listen to the brilliantly unself-conscious bee that buzzes the camera, then lands and explores the frame of the lens in the meadows at Trójstyk Granic, near the border tripoint of Lithuania, Poland and Kaliningrad. The placement of a beacon at this and other policed border zones enables the love songs to be heard in different territories. In this way the ‘travel’ of the songs, their reach as transmissions, renders such political separations porous, permeable, insubstantial – as does the movement of birds, or bees, and all such creatures whose passage ignores the arbitrariness and artifice of human borders.

To date this atlas remains unfinished; perhaps it is unfinishable, like all of the richest art and life projects. Further journeys, encounters, recordings of songs, beacon placements and video postcards ‘from the edge’ are planned. The travel/travail of mapping, tracking ‘the feeling of the singing of the real world’, placing matters of the heart at the heart of the matter, continues …

Text published as 'Mapping the heart-land', an introduction to Action Hero's book Oh Europa: Postcards from the Edge, an annotated 'atlas' accompanying the Oh Europa installation, alongside performances of RadiOh Europa. On tour in the UK and Europe from May 2019: premiere at Transform Festival, Leeds

For a Guardian interview with Action Hero about Oh Europa, 'A Love Song for Europe', see here 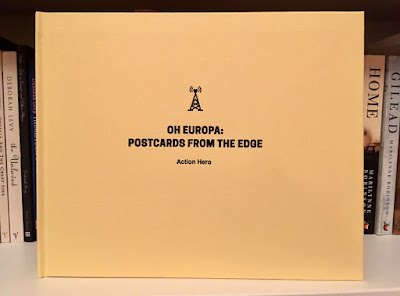