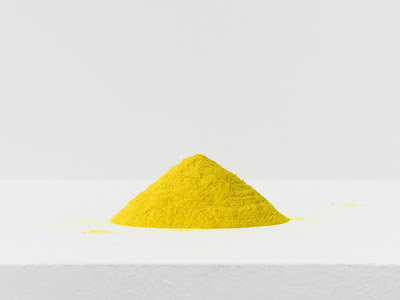 'Ordinary human beings do not like mystery since you cannot put a bridle on it, and therefore, in general they exclude it, they repress it, they eliminate it - and it's settled. But if on the contrary one remains open and susceptible to all the phenomena of overflowing, beginning with natural phenomena, on discovers the immense landscape of the trans-, of the passage' (Cixous 1997: 51-2).

Within the humanities and social sciences in British universities, a particular conception of material histories and practices, broadly post-Marxist, has dominated discursive thinking, academic publishing and teaching for the last forty years or so. Unquestionably the invaluable array of conceptual tools and languages these critical perspectives have afforded has been enormously generative in diverse disciplinary contexts, providing the ground for radical reconceptions of history and its occluded others, and of power, knowledge, political agency, identity, representation, and so on. It has seeded and substantively informed the development of cultural studies, feminisms, post-colonialisms, and the proliferative deployment of critical theory in areas from anthropology to film studies, from geography to art history, theatre and performance studies. I confess to being one of the products and perpetrators of such an intellectual training, and I remain profoundly thankful for many of its enabling critical optics, concepts, strategies, and above all for its dissident spirit of inquiry: its reflexive invitation to look again at the naturalized, the received, the doxa, with a view to exposing what or who is overlooked or concealed or silenced. In the words of the novelist David Malouf:
‘the very habit and faculty that makes apprehensible to us what is known and expected dulls our sensitivity to other forms, even with the most obvious. We must rub our eyes and look again, clear our minds of what we are looking for to see what is there’ (Malouf 1994: 130).

When I was starting out as a young part-time academic in the 1980s, any mention in such contexts of ‘spirituality’ or the ‘numinous’ was almost invariably met with skepticism and suspicion, and a swift dismissal into the benighted conceptual bin marked ‘new age’. Thinking and practices claiming a relation to the spiritual or to perceptions of the ineffable, the unnameable, the metaphysical, the mystical were more often than not collapsed into the religious or the delusional, and discredited accordingly. Any ‘serious’ academic study of such practices and perceptions seemed unthinkable. More recently, however, despite the lingering resilience of this dis-enchanted partie prise towards the numinous, many such blindspot zones of ‘unthinkability’ have been revisited and reconceived from a diversity of critical domains, most notably deconstruction, new materialisms, feminisms, radical ecologies, and their intersections with post-quantum science and neurology. A number of widely influential philosophers and thinkers have articulated the conceptual means through which to open up to fresh critical attention areas of experience and consciousness with direct implications and possibilities for a nuanced exploration of the numinous: for example, Derrida’s negative epistemologies (the apophatic), Donna Haraway’s cyborgian ‘affinities’, Karen Barad’s posthuman ‘agential realism’, Jane Bennett’s ‘vibrant materialism’, Timothy Morton’s accounts of ‘humankind’ and of an ecology ‘without nature’, and, in the area of performance studies, analyses of performance epistemologies and ontologies by theorists including David George:
‘As an epistemology, performance offers: a rediscovery of the now, relocation in the here; return to the primacy of experience, of the event; rediscovery that facts are relations, that all knowledge exists on the threshold and in the interaction between subject and object (which are themselves only hypostatisations); a rediscover of ambiguity, of contradiction, of difference; a reassertion that things – and people – are what they do …’ (George 1999: 34).

Silvia Battista’s timely and invaluable book, which draws productively on a number of these scholars, forms part of a recent and growing reappraisal in contemporary academia’s critical relations with the numinous in art and performance. Battista shapes her book around detailed discussions of work by five international artists – Marina Abramovic, James Turrell, Ansuman Biswas, Marcus Coates, Wolfgang Laib – in order to clarify the perceptual propositions and effects/affects each of these practices trigger, the associational hermeneutic fields active in the particular works, and the shifts in consciousness and epistemologies they produce that might be deemed to be of a numinous order. The choice of artists and works necessarily represents a sample, outlining an initial mapping of certain typologies of contemporary performances of the numinous, rather than endeavouring to offer any exhaustive listing of such practices (1).

It is important to note that, in this context, Battista conceives of spirituality and numinous experience as outside the parameters of organized religion. The works of the contemporary artists she includes here offer instances of a (post-)secular sacred activated by embodied events of perception, each of them generating manifestations beyond the cognitive emprise of the ego. Battista suggests that these extra-ordinary and ex-centric events, in some ways akin to Walter Benjamin’s notion of ‘profane illumination’, can be provoked by particular disciplines and performative structural configurations (Foucault’s ‘technologies of the self’) to produce a palpable flaring into presentness and consciousness of dynamic processes, entanglements, interconnections, pulsing materialities and plural agencies. So, for example, Battista analyses the labour intensive and painstaking gathering, placement and framing of pollen by means of which the German artist Wolfgang Laib creates the conditions for the pollen itself to take (a) place, to happen in its specificity as auratic event entangled in myriad other processes of emergence, collection and dispersal; and in this way, the pollen itself mysteriously ‘comes to matter’. In themselves, these events of inter-/intra-action implicitly challenge mechanistic models of science - and conventional conceptions of knowledge - characterized by binary cleftings, immutable boundaries, the narrowly causal and instrumental, the ‘ego-logical’. Moreover, as Battista goes on to propose, apprehension of this motile, relational mesh of intersecting forces furnishes the potential for a posthuman, ecological critique of received ideas about hierarchies of agency, authorship, and species.

The performative tools employed by the five artists under consideration here, mobilised to decentre and displace habitual modes of perception, invite other less familiar qualities of receptive attention that can give rise to unsettling, mysterious ‘landscapes of the passage’ as described by Hélène Cixous at the very beginning of this text. As Cixous goes on to insist, an openness and susceptibility to ‘the phenomena of overflowing, beginning with natural phenomena’ (i.e. an openness to the numinous):
‘does not mean that everything will be adrift, our thinking, our choices, etc. But it means that the factor of instability, the factor of uncertainty, or what Derrida calls the undecidable, is indissociable from human life. This ought to oblige us to have an attitude that is at once rigorous and tolerant and doubly so on each side: all the more rigorous than open, all the more demanding since it must lead to openness, leave passage: all the more mobile and rapid as the ground will always give way, always’ (Cixous 1997: 52).

Instability, rigour, tolerance, openness, mobility, speed (and slowness, its shadow, out of and into which it unfolds), and dissolution into renewed uncertainty: the cyclical trajectory of an engagement with the unmasterable spaces of ‘the passage’ as traced by Cixous – and Battista in her book - proposes an ongoing ethical disposition towards the in-excess, the not-known, the not-yet-known, the unthinkable, the radically other, the fleetingly glimpsed, the profoundly paradoxical. And at the heart of what follows in this book is an invitation to an active porosity and receptivity to non-mastery in the face of the encounter event with the other-than-oneself, which one might usefully conceive of in terms of an opening to the ‘eco-logical’. For we are always already implicated – literally, ‘en-folded’ – in other subjectivities, agencies, forces, phenomena, realities.

In order to give a future to the virtual space of the future (l’avenir) and to the others that are us, we need practices and philosophies of inter-located passage rather than of fixed ground or territory, in the present unfolding of a democracy that is, as Jacques Derrida, Chantal Mouffe and others have suggested, always provisional, insufficient, in process, always ‘to come’ (l’à-venir). It is apparent that identity and location, for example, are produced as much through narration as through what already exists: they are more a matter of doing than knowing. As Battista demonstrates, certain kinds of art and performance provide opportunities to unsettle and refashion those heterogeneous personal mappings that we are continuously making up and over, and out of which we constitute our-‘selves’ and/in the world. The art practices that form the focus of her book elaborate structures for perceptual and existential realignments, amplificatory re-attunements that can enable a kind of fluid, performative ‘auto-topography’; this in turn encourages and activates shifting senses of self, space, place and reality - rather than the ‘self’ or the ‘world’ occurring preformed, as if they were pre-existent entities rubbing up against each other. When space, time, self are conceived as ‘a multiple foldable diversity’ (Serres and Latour 1995: 59), a field of flows and intensities - spacing, timing, selfing – then perhaps a dynamically porous self-in-process and in-relation can fray just a little the dualist territorial imaginaries of ‘inside’ and ‘outside’, of self-identity in binary opposition to radical alterity. If one can accept the paradox that the continuity of identity is secured through movement and the capacity to change rather than the ability to cling on to what is already established, as Zygmunt Bauman has suggested (1999: xiv), then one’s responsibility is to abandon the logics of mastery, to ‘look again’ and listen otherwise, and let untimely, numinous elements of all sorts of ‘outsides’ in-here. In this way identity can become ‘a point of departure for a voyage without guarantees, and not a port of arrival’ (Chambers 2001: 25); and ‘home’ (oikos, the eco-, and the self itself) can be considered no longer as a ‘fixed structure’, but as ‘a contingent passage, a way that literally carries [one] elsewhere’ (ibid: 26).

Note
(1) Other artists whose work would seem to be of potential relevance in this context might include, for example, Joseph Beuys, Tehching Hsieh, Yoko Ono, Hermann Nitsch, Bill Viola, Francis Alys, Susan Hiller, Olafur Eliasson, John Newling and Lindsay Sears, as well as the recent performance work of British artists Abigail Conway (An Evening with Primrose, 2017) and Florence Peake.