stony ground, but not entirely 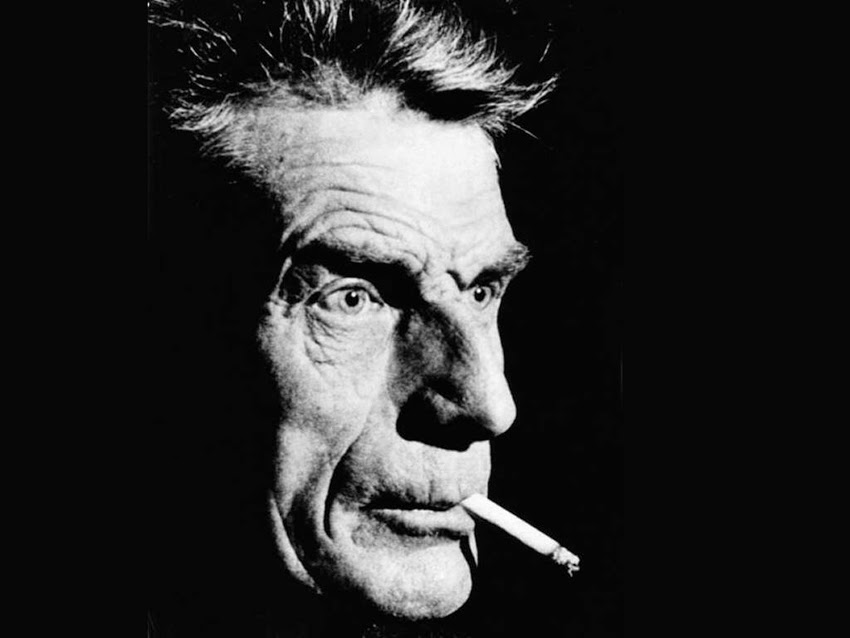 As an undergraduate student of French and Drama at an English university in the late 1970s, with a furrowed brow and a cigarette-fueled enthusiasm for Camus, Genet, Ionesco and above all Beckett, I possessed a much thumbed and annotated copy of Martin Esslin’s The Theatre of the Absurd. Esslin’s book became a point of reference and orientation for me at that time, mapping and distilling certain thematic and formal patterns of which I felt I had intuited something without being able to organise those feelings into anything resembling coherent thought.

At an impressionable, receptive period it was foundational for me, offering a window into affective landscapes of theatre, as well as leading me towards a wide range of other texts and readings. Initially it also spawned a bunch of adjectives that provided a kind of shorthand for complex ‘worlds’ and structures of feeling, words to be tossed around in undergraduate seminars and conversations as if there was a knowing, nodding consensus as to what they actually meant: ‘Beckettian’, ‘Kafkaesque’, ‘Pinteresque’ etc., as well as ‘absurdist’.

Ultimately, and more productively, it helped seed a life-long interest in the ‘unlessenable least best worse' and ‘nohow on' of Beckett’s writings. The late Herbert Blau once located Beckett’s work as ‘the locus classicus of the problematic of the future' - and, on this hundredth anniversary of the outbreak of World War 1, as conflict continues unabated in various war zones around the world, Beckett will be a shadow companion in what follows:


‘Let us do something, while we have the chance! It is not every day that we are needed. Not indeed that we personally are needed … But at this place, at this moment of time, all mankind is us, whether we like it or not. Let us make the most of it, before it is too late!' (Vladimir in Waiting for Godot).

I still have that original copy of Esslin’s book, although until recently I had not opened its battered covers for many years. Almost forty years later, it is frankly disarming to revisit this text via the filter of my underlinings and scribbled notes, encountering these barely decipherable invitations to read and think as ‘someone else’ once read and thought. For these sub-Krapp marginalia offer the perspectives of a dimly remembered and prematurely world-weary nineteen year-old, his (my) unconvincing performance of hip Left Bank-ish anomie concretised in an omnipresent, decaying donkey jacket stuffed with papers and books (no carrots or pebbles), and an impenetrable micro-climatic pall of (‘Camusian’) smoke.

I was clearly seduced and somehow affirmed by what I took - in my limited understanding of existentialism as a philosophical style, a grey cloak of ideas to be tossed over young shoulders and worn - to be revelatory representations of impossibility and inertia, of the inadequacies of reason, language and received regimes of the self, of disenchantment and meaninglessness in the face of mortality. In retrospect, I had little sense of the gravity and matter of such thoughts in and as lived experience.

Over the next few years, increasingly and joyously immersed in the chaotic, dissident explosion of new popular music at that time, and associated leftist politics, I came to read some of these plays as proto-‘punk’ manifestations, affectively rhythmed and charged mechanisms to prise the lid off the blind assumptions, repressed power-plays and dead-ends of naturalised middle-class ‘normality’ and conformity, education, culture, science-as-progress, entrepreneurship, meaningful action, the future. (One of my notes in the margins of Esslin’s book comically reads ‘Cf. Pistols?!’). In their defamiliarising shocks to thought and conventional aesthetic values, as much as in their pitch-black humour, these plays seemed to have a critical status politically and socially, both presenting lived situations as uncomfortable, uncanny image-worlds – how it is - and implicitly positing the possibility of and need to conceive of how it might be, otherwise, in a ‘world to come’.

I began to realise that these were not exclusively essentialist metaphysical myths of nihilism and despair, scorched ahistorical outlines of the inevitability of the house burning down and total collapse through proliferation or entropic diminution, but also and at the same time abrasive, startling, excavatory calls to question and think and reimagine what Beckett in his short text ‘Enough’ characterised as ‘stony ground but not entirely’. Calls to make meaning where it apparently recedes and dissolves – in paradox, contradiction, oxymoron, double-bind, the uncanny, the im/possible, the Unnamable - or to learn how to live with not-meaning (1). Esslin suggested as much, perhaps, but somehow the insistent privileged framing of these plays, via a very particular conception of absurdity as anguished existential ontology, has served to insulate and defuse their potential critical, political charge.

Extract from an essay on Beckett and ecology, 'The ruins of time (I've forgotten this before)', published in the autumn of 2015 as part of a collection reappraising Esslin's Theatre of the Absurd in the light of contemporary environmental concerns and perspectives

(1) It was only much later that I came across Adorno’s negative dialectics and other critical perspectives contesting an ‘absence’ of meaning in Beckett: “Beckett’s plays are absurd not because of the absence of any meaning, for they would be simply irrelevant, but because they put meaning on trial; they unfold its history’ (Adorno, Aesthetic Theory, 1970). See also Stanley Cavell on Endgame as: ‘not the failure of meaning (if that means the lack of meaning) but its total, even totalitarian success – our inability not to mean what we are given to mean’ (in Must We Mean What We Say?, 1996).
Posted by david williams at 21:21