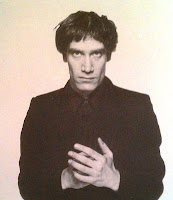 Wilko Johnson: "In the meantime, we all had a go at the diagnosis. The consensus was that it was a cyst, and they'd just cut it out. So, when we went in for the results, I wasn't expecting them to say it was cancer. "This mass in your stomach. It's cancer and it's inoperable". My son cracked up. I was absolutely calm. I just nodded. I went "OK".

When we left the hospital, I felt elated. That's the word. You never know what your reaction is going to be and at the best of times I'm a miserable so-and-so. I've suffered from depression all of my life since my teens. So feeling like this was a bit unusual, but this elation remained all day and was still there when I woke up the next day.

I realised there's nothing to be hung up about, because the past, the present, the future: it doesn't mean anything. So this elevation of spirit remained. You walk down the street just tingling, man, and you feel so alive. You notice every little thing - every bird against the sunlight, everything - and just feel absolute calm. At times it amounted to euphoria ...

It's been over a month now. Normally I don't keep a feeling, especially a good feeling, for more than a few hours. Usually, I find something to mess it up. But it's remained.

It's like you've been given the ability to exist in the moment you're in, without bothering about the taxman, or anything. You realise what a marvellous thing it is to be alive. When the illness hits me, I don't think I'll be quite so jolly, as I'm a complete wimp when it comes to illness. But right now, I'm feeling fine. And I'm hoping this feeling will last a while longer".

For a BBC TV studio recording of Dr Feelgood's Roxette from 1975, see here

For footage of a 1975 gig in Finland, with a whiff of the energy & attack of Lee Brilleaux, Wilko and the Feelgoods as a live band, see here