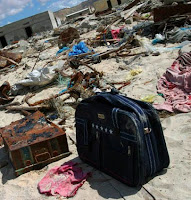 James Hillman: '[This concern with depth leads us in practice to] pay special attention to whatever is below. This has been so since the beginning of psychoanalysis, and its notions of suppression, subconscious, and shadow. These are terms for what we see in images: burials, the dead, ancestors; workers in refuse, sewers, plumbers; criminals and outcasts; the lower body, its garment and its functions; lower forms of life that we ‘look down upon’, from apes to bugs; the underside of the world, the floor of the sea, the downstairs and cellars, and in fact anything whatsoever that can be turned over in the sense of hyponoia to reveal a deeper significance. The emotions that go with these images of bottoming are reluctance, loathing, sadness, mourning, inhibition, enclosure, lethargy, or that sense of depth that presses on us as depression, oppression, suppression. Our downward imagination has entered the earth' (Hillman 1979:139-40).

Hyponoia - Plato’s notion in the Republic: ‘“undersense”, “deeper meaning”, which is an ancient way of putting Freud’s idea of “latent”. The search for undersense is what we express in common speech as the desire to understand … search for deeper grounding … All these movements of hyponoia, leading towards an understanding that gains ground and makes matter, are work’ (ibid: 137).

Insides white
In her book about the Roma and Sinti peoples of Eastern Europe, Bury Me Standing (1995), Isabel Fonseca describes relations between a marginalized, devalued people ‘outside History’, and their geographies, the landscapes made available to this ‘underground nation’ (277). Part of Fonseca’s project was to register the lives lived in these ‘Black Towns’ across Eastern Europe: communities in locations typically on the town dump, often without a name, or ‘with names like ‘Take-It-Or-Leave-It’, ‘Like-It-Or-Not’, ‘No-Man’s-Land’, ‘Cambodia’, and ‘Bangladesh’’ (305).

She cites an example from before the 2nd World War, in 1936 Berlin. Partly in order to clear the streets of Berlin before the Olympic Games, the chief of police authorized the arrest of all Gypsies in Prussia; 600 Roma and Sinti ‘were corralled under police guard into a sewage dump next to a cemetery at Marzahn, a suburb of Berlin’. As Fonseca points out, the location is doubly punitive for people with ‘elaborate codes of hygiene’ and superstitions about graveyards (257). With only 3 water pumps and 2 toilets for what the Nazis called the ‘Gypsy uncreatures’ or ‘the plague’, ‘lives unworthy of life’ (261), there were inevitable outbreaks of disease with many mortalities. Subsequently these Gypsies and others were sent into forced labour and death in Dachau, then later Auschwitz, in the systematic annihilation Gypsies refer to as porraimos, ‘the devouring’ (253).

Compare this with the Gypsy slums of Slovakia in 1990s. One settlement at Rudnany was dispersed over an abandoned arsenic mine, in ‘post-industrial squalor’; people were living in derelict mining offices, these decaying and often roofless buildings surrounded by corroded containers leaking white powder. An environment surrounded by heavy metal waste: arsenic, antimony, bismuth, mercury. In 1993, Slovakian premier Vladmir Meciar made a speech in which he stated that it was ‘necessary to curtail the extended reproduction of the socially unadaptable and mentally backward population’ (293).

In her book, Fonseca includes an image of a pair of Rom children playing in the river at Copsa Mica, Romania, in the shadow of a vast smoke-belching industrial plant. She explains that in this heavily polluted Transylvanian town ‘all the sheep are black – along with everything and everyone else. The residents drink great quantities of milk in the belief, according to one long-term resident, that it will at least “keep their insides white”’ (93).

She also reiterates Brian Vesey-Fitzgerald’s description of how, in 1940s Britain, “Gypsies suffering from pulmonary disease attempted a symbolic transference by breathing three times into the mouth of a live fish, and then throwing it back into the stream from which it had been fetched. The hope was that, confused, death would go for the fish” (248).

In 2008, Silvio Berlusconi’s party ‘Il Popolo della Liberta’ (‘People of Freedom’) proposed to introduce legislation that required all Roma people to be fingerprinted, including children. Berlusconi’s public rationale proposed that this was imperative given the ‘fact’ that Gypsy people ‘have the criminal gene’.

The Angel of History
‘A Klee painting named Angelus Novus shows an angel looking as though he is about to move away from something he is fixedly contemplating. His eyes are staring, his mouth is open, his wings are spread. This is how one pictures the angel of history. His face is turned towards the past. Where we perceive a chain of events, he sees one single catastrophe which keeps piling wreckage upon wreckage and hurls it in front of his feet. The angel would like to stay, awaken the dead, and make whole what has been smashed. But a storm is blowing from Paradise; it has got caught in his wings with such violence that the angel can no longer close them. This storm irresistible propels him into the future to which his back is turned, while the pile of debris before him grows skyward. This storm is what we call progress’ (Benjamin [1940] 1992: 249).

Elsew/here: ghost net
Elsew/here a ghost net drifts across the ocean’s surface, a floating island unconsciously gathering its catch. From a distance it looks like a small reef breaching the surface. Close up, it’s another story. Caught in the net’s mesh are seaweed, drift wood, plastic bottles, lengths of blue polymer twine, twisted drinks cans, a paint can half full of toxic sludge, empty crisp packets, an aerosol can, dead fish, various bird carcasses, a dolphin cub, and a fluttering tern, its feet caught in the fine nylon filaments: its wings are the only visible sign of life. This is how it happens. A length of pelagic drift netting, one of the instruments of choice for those barely-legal fishing fleets engaged in a kind of maritime strip-mining, breaks loose and floats free. As it drifts it entraps whatever it encounters, gradually ballooning until its mass of waste and putrefying flesh finally sinks beneath its own weight. Over time, this material then breaks down or falls free to allow the net to rise to the surface once more - and the cycle begins again.

On these journeys, there is time but not a thing by which to tell it, save the passage of the sun, the phases of the moon, and the patient pulse of the sea’s pull and give.

26 May 2009
‘ A Nepalese Sherpa who holds the world record for climbing Mount Everest said yesterday that rising temperatures were melting snow and turning the slopes barren, making it even harder to scale the world’s tallest peak. Apa Sherpa, back from his 19th successful ascent of Everest last week, said a snow trail to the peak was now just a stretch of bare rocks, as climate change pushed up snowlines and shrank glaciers …

Environmental activists say rising temperatures are rapidly shrinking the Himalayan glaciers from which several Asian rivers originate, threatening the lives of millions of people who depend on them for water.

As well as the impact of climate change, Everest’s environment is also threatened by rubbish left behind by climbers, campaigners say. Apa Sherpa, who first climbed Everest in 1990, said his team had brought down more than 5 tonnes of litter from the mountain, including old tents, ropes, plastic and gas canisters, human waste, and parts of a helicopter that crashed in 1973’ (‘Everest getting harder to climb, says Sherpa’, The Guardian, 26 May 2009).

12 December 2008
‘The government of the Andaman and Nicobar islands is investigating the deaths, over the past three days, of eight members of the Onge tribe who succumbed after drinking a chemical from a brown glass bottle which washed ashore. The Onge already has fewer than 100 members, and Stephen Corry, Survival International's director, said: "This is a calamity for [them]. If any more die, it could put the survival of the entire tribe in serious danger”. The Onge was devastated after the British occupied the islands in the 19th century. Today activists accuse the government of chronic neglect’ (Sanjib Kumar Roy, ‘Bottled chemical on beach kills tribe members’, The Guardian, 12 December 2008).